In the wake of increasing terror and violence in Israel, Israel’s Health Ministry on Oct. 6 announced that United Hatzalah is now recognized as an official emergency medical service in Israel. The move came after a long approval process of reviewing the organization’s activities, professional standards, management and volunteers.

“For me personally it’s an amazing accomplishment. This organization was started with only 15 volunteers,” said Eli Beer, United Hatzalah’s Founder and President. United Hatzalah of Israel is a free community-based emergency first response service offered across the country to all residents, providing excellence in emergency care as quickly as possible. In recent weeks, hundreds of United Hatzalah medics have treated victims of terror across Israel.


United Hatzalah is an official NGO regulated by the government’s standards and in compliance to serve in emergencies and lifesaving, according to the certification from Health Minister Yaakov Litzman, Health Ministry Director-General Moshe Bar-Siman-Tov, Deputy Director General Dr. Boaz Lev, and Director of Rescue and First Aid Miri Cohen.

“This is a historic decision by Health Minister Litzman,” said United Hatzalah Director Zeev Kashash. “I am confident that this decision will improve the medical care that Israelis receive on the ground, especially prior to the arrival of an ambulance in times of crises. This is a significant step by the State of Israel toward improving emergency medicine at the pre-hospital phase. I would like to thank the Ministry for trusting United Hatzalah’s 2,500 volunteers, who act around the clock in providing first aid and lifesaving services to Israeli citizens regardless of religion and race. ”

The official recognition follows a January decision by the Health Ministry to allow United Hatzalah to train and certify emergency medical personnel, ending the monopoly by Magen David Adom (MDA) as the sole authority for this type of work. Since January, United Hatzalah inaugurated an emergency medical service training school and has added hundreds of new volunteers to its ranks. Professor Avi Rivkind, head of the Shock Trauma Unit at Hadassah Medical Center, leads United Hatzalah’s medical committee. 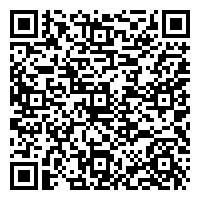