The United Hatzalah emergency medical response organization in Israel said it is preparing to send a delegation of 30 emergency medical volunteers and members of its Psychotrauma and Crisis Response Unit to Moldova, to receive and assist Ukrainian refugees who are fleeing from Russia’s invasion.

The delegation was formed at the request of the Chief Rabbi of Moldova Rabbi Pinchas Zaltzman.


“The relief delegation will include paramedics and EMTs as well as members of the Psychotrauma and Crisis Response Unit who will be taking with them medical and humanitarian supplies in order to provide relief to those who are crossing the border from Ukraine,” said president and founder of United Hatzalah, Eli Beer.

“Our team will be working in tandem with the larger Israeli team that is being sent to assist in Moldova,” he said.

Moldova Closes Its Airspace
It is not clear how the team will arrive in Moldova, however, because that country announced it was closing its airspace due to the war in Ukraine, according to a report by Radio Free Europe/Radio Liberty.

The announcement came shortly after President Maia Sandu said the government was preparing to declare a state of emergency.

She added that Moldova was, however, readying to accept tens of thousands of people fleeing Ukraine after Russia’s invasion. 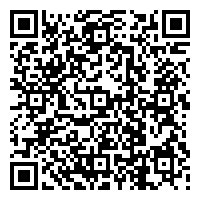