(JNi.media) A therapy invented at the Weizmann Institute of Science and clinically developed in collaboration with Steba Biotech (Luxembourg) has been approved by Cofepris, Mexico’s health authority, for the focal treatment of early-stage prostate cancer.

The therapy involves a laser and a novel drug, TOOKAD® Soluble. A successful Phase III clinical trial in Latin America (Mexico, Peru and Panama), involving 80 patients, confirmed the high rate of local cures and minimal side effects already reported in Phase II clinical trials, as evidenced by negative biopsies and maintenance of patients’ potency, continence and overall quality of life.


The marketing approval in Mexico comes in the wake of the recent completion of a second Phase III clinical trial in Europe. This randomized pivot study compared disease progression, cancer-free rate and urinary and erectile functions in patients treated with TOOKAD® Soluble and those undergoing active surveillance with a follow-up of two years. It involved more than 400 patients at 43 hospitals in 11 European countries and is currently under evaluation by the European Medicines Agency (EMA).

The approved therapy follows a new paradigm developed by Prof. Yoram Salomon of the Biological Regulation Department and Prof. Avigdor Scherz of the Plant and Environmental Sciences Department in the framework of photodynamic therapy. It comprises an intravenous infusion of TOOKAD® Soluble, immediately followed by near-infrared laser illumination through thin optic fibers that are inserted into the cancer prostatic tissue, under ultrasound control. Tookad® Soluble was first synthesized in Scherz’s lab from bacteriochlorophyll, the photosynthetic pigment of certain aquatic bacteria that draw their energy supply from sunlight. The drug stays in the patient’s blood circulation until it totally clears 3-4 hours later, and it shows no toxicity. Confined illumination of the diseased tissue activates the circulating drug locally, resulting in the extensive generation of short-lived toxic molecules: oxygen and nitric oxide radicals. These highly reactive molecules initiate rapid occlusion and destruction of the tumor blood vessels, followed by necrotic death of the entire tumor while sparing nearby structures and their functions. The use of near-infrared illumination, together with the rapid clearance of the drug from the body and the unique non-thermal mechanism of action, makes it possible to safely treat large, deeply embedded cancerous tissue using a minimally invasive procedure. The recent marketing approval was provided to both the drug (TOOKAD® Soluble) and the laser illumination device (Laser), together designated Vascular Targeted Photodynamic Therapy (VTP) with TOOKAD® Soluble.

In the currently approved focal therapy setting, TOOKAD® Soluble VTP (TS-VTP) is a day-case procedure lasting approximately 90 minutes. Patients are released a few hours later and can return to normal activities within a few days, with none of the side effects frequently associated with prostate removal by surgery or radiotherapy. This new minimally invasive technology offers a good alternative to patients diagnosed with early-stage prostate cancer. The number of these patients has dramatically increased in the last two decades due to widespread screening relying on levels of prostate specific antigen (PSA). This population faces the dilemma of undergoing the radical treatment of prostate removal with the risk of high morbidity, or remaining under active surveillance with increased risk of further cancer progression.

Tookad® Soluble answers an unmet need in providing this category of patients with an appropriate treatment, which combines good efficacy with a preservation of the quality of life.

Weizmann institute and Steba Biotech are currently pursuing an extensive oncological research program in collaboration with several clinical groups at Memorial Sloan Kettering Cancer Center in New York City. Four clinical studies for more advanced prostate cancer and other oncological indications stemming from this research are scheduled to start in 2016. 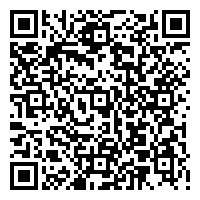