Globes reported that consumer organizations who keep tab on the price of chocolates in Israel claim they are double the average price in the U.S., 33% higher than in Australia, and 37% more than in Germany.

The Public Trust Organization, Federation of Pensioners, and the Israel is Dear to Us organization sent a letter to the CEO of Strauss Israel, Zion Balas, in which they argue that the Strauss Group, the second larger food producer in Israel and the world’s sixth largest coffee producer, must respond to consumers’ insistence on “paying reasonable  prices for basic products.”


They did not clarify whether they thought chocolate qualified as a “basic product.”

The new appeal to the Strauss Group (there have been many) is based on market price testing conducted by The Public Trust in which they compared the prices of Strauss Chocolate Cow brand to the prices of comparable products worldwide.

“The gaps that were found, after adjustment for purchasing power of various currencies, are  more than 150%, a minimum gap of 13.7% in Britain,” the three consumer organizations wrote Balas, adding that these gaps are “raising concerns about the absence of competition, which enables a company to charge prices that are not competitive,  without fear of loss of substantial market share. This concern is particularly disturbing in light of the company’s monopoly status in this category, and its ability to exercise market power to limit competition.”

A week ago, there was a huge public uproar here, following the Facebook publication of a picture showing the candy bar Pesek Zman which was purchased at a New Jersey supermarket for a much lower price than what the same product – which is manufactured in Israel – costs in the land of milk and honey (and chocolate).

In response to a renewed threat of a consumer boycott (there was a very successful one last summer, which brought down the prices of many products, at least temporarily), Strauss CEO Balas said that, yes, Pesek Zman costs less in the United States, but the Pesek Zman protest is “out of control.” He even uploaded a video clip to Strauss’ Facebook page, in which he reassures consumers that the “basket of Strauss products” is 20% cheaper in Israel than abroad. “I am so confident of the facts that I call on Israelis living in the United States to send us pictures or even receipts for Strauss products, so you the consumers can see the facts too,” he said.

What are you waiting for? Go out to the Israeli Makolet nearest you, wherever you may be on the planet, and send us images of dirt-cheap, first-rate Strauss products. But if you really know what’s good for you – lay off the brown stuff and stick to green, leafy vegetables. You’ll live longer. 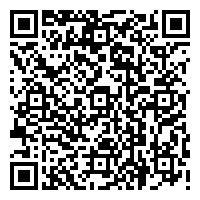