Defense Minister Moshe Ya’alon on Tuesday announced the appointment of retired Maj. Gen. Udi Adam to serve as his ministry’s new director general. As head of the Northern Command, Adam led and coordinated Israeli forces against Hezbollah during the 2006 Israel-Lebanon war, until Chief of Staff Dan Halutz, in response to criticism by the government over Adam’s handling of the war, assigned him a co-commander in mid-operation, then IDF Deputy Chief of Staff Moshe Kaplinsky. Adam announced his resignation from the IDF shortly thereafter.

The dispute between Halutz, as well as the Prime Minister Ehud Barak and Defense Minister Amir Peretz, revolved around Adam’s inability to deliver the goods, namely to push the IDF forces to their designated target, the Litani River in southern Lebanon. The public perception of his failure attributed it to his decision to limit IDF casualties; but since the Hezbollah were meanwhile launching volleys of Katyusha rockets into Israeli population centers, it didn’t strike most Israelis and the Army as such a smart approach.


Adam will replace retired Maj. Gen. Dan Harel, who orchestrated Israel’s pull-out from Gaza and the eviction of some 8,000 Jews in the summer of 2005.

Adam has served as director of the Nuclear Research Center starting in 2008, and as chairman of Israel Military Industries (IMI) since 2013, and Ya’alon wants to tap his skills at running large and complex systems. Ya’alon cited several priority issues that fit Adam’s skill set: military modernization, implementation of the IDF five-year Gideon Plan to increase efficiency, the new US military aid package, and monitoring Israel’s defense industries and defense exports.

Udi Adam is the son of Yekutiel Adam, the former IDF deputy chief of staff who was killed during the 1982 Lebanon War, after having been declared as the next head of Mossad by then Prime Minister Menachem Begin.

“In recent weeks, I’ve evaluated a number of worthy candidates for the position and came to the conclusion that Udi Adam is the right man at the right time to successfully lead the ministry amid all the challenges,” Ya’alonsaid this week. “I’ve known Udi Adam many long years as a warrior and a commander, and afterwards in his position at the Nuclear Research Center and at IMI. I have no doubt that he has the integrity, capability and personal maturity to carry out his duties in an exceedingly capable manner.” 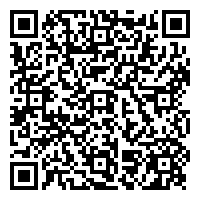