Sam Horowitz, whose bar mitzvah entrance video has gone viral on YouTube, has donated thousands of dollars of his gift money to an Israeli youth village.

Sam, of Dallas, and his parents asked guests at the bar mitzvah to make a contribution to the Ben Yakir Youth Village in lieu of gifts, and is requesting that those who watch the performance online to do the same, the Forward reported over the weekend.

Sam donned a sparkling white suit and descended from the ceiling inside a massive chandelier in the lavish ballroom of the Omni Hotel in Dallas at his bar mitzvah last November, and then danced with a bevy of professional dancers in flapper costumes.

Since the video turned Horowitz into a celebrity in recent weeks, he has appeared on “Good Morning America” and been featured in major U.S. newspapers and on popular websites. He also has been heavily criticized for the lavishness of the affair. 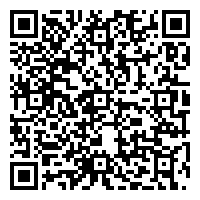