The first outright finger pointing at Israel was published in the Sunday NY Times (Pressure by U.S. Failed to Sway Egyptian Military Leaders from Crackdown):

The Israelis, whose military had close ties to General Sisi from his former post as head of military intelligence, were supporting the takeover as well. Western diplomats say that General Sisi and his circle appeared to be in heavy communication with Israeli colleagues, and the diplomats believed the Israelis were also undercutting the Western message by reassuring the Egyptians not to worry about American threats to cut off aid.


Israeli officials deny having reassured Egypt about the aid, but acknowledge having lobbied Washington to protect it.

When Senator Rand Paul, Republican of Kentucky, proposed an amendment halting military aid to Egypt, the influential American Israel Public Affairs Committee sent a letter to senators on July 31 opposing it, saying it “could increase instability in Egypt and undermine important U.S. interests and negatively impact our Israeli ally.” Statements from influential lawmakers echoed the letter, and the Senate defeated the measure, 86 to 13, later that day.

The fact is, Israel—and the Saudis—are trying desperately to save America from its own delusions about a democratic Arab world springing forth with equality and freedom for all. Egypt’s neighbors are anxious about the possibility of a civil war in Egypt and understand that a firm government is the essential first step towards recovery from the events of the past three months and the past two years in Egypt.

But now, according to the way the NY Times sees the world on Monday morning, Israel is “Escalating Efforts to Shape Allies’ Strategy.”

The original headline, according to NewsSniffer, was “Israel Puts More Urgency on Shaping Allies’ Actions” and was modified twice since the earlier posting.

An unnamed Israeli government official told the Times that Israel is going to spend this week twisting European and American arms in an attempt to prevent them from pulling their support from the Sisi regime, even though his soldiers have been brutal in their treatment of the Muslim Brother demonstrators.

The official explained the Middle east realities in blunt terms: “We’re trying to talk to key actors, key countries, and share our view that you may not like what you see, but what’s the alternative? If you insist on big principles, then you will miss the essential — the essential being putting Egypt back on track at whatever cost. First, save what you can, and then deal with democracy and freedom and so on.”

And he added, even more bluntly:

“At this point,” the official added, “it’s army or anarchy.”

Speaking of anarchy, no one is certain that even with full Western support the Sisi regime would be able to withstand the onslaught of highly motivated, unafraid Muslim Brothers. While the army is bound by some modicum of restraint, the Muslim Brothers recognize no such boundaries. While about a thousand of their number have been killed, they have been joyfully burning down Coptic churches and murdering Egyptian Christians in the streets. Over the long haul, if the Brothers are not stopped effectively, they could wear down the regime and demoralize the army. That could throw Egypt into a full blown, Syrian style civil war.

In addition to it being a public relations disaster for the Obama Administration, as caring individuals like senators Paul and McCain rip the president mercilessly on his policy and call for cutting off $1.3 billion in annual military aid to Egypt, there’s President Barack Obama’s injured ego. A project he began right after his election has collapsed right before his eyes, and despite all of his efforts to communicate his strong views on the matter (Sec. Hagel called Sisi 17 times), the Muslim Brothers revolution is no more.

“The violent crackdown has left Mr. Obama in a no-win position: risk a partnership that has been the bedrock of Middle East peace for 35 years, or stand by while longtime allies try to hold on to power by mowing down opponents,” the Times wrote on Sunday.

So now, it appears, the largely quiet efforts on the part of Netanyahu to communicate to Obama (the two are yet to speak directly since the start of the crisis) how crucial it is that American support—and the Egyptian-Israeli peace deal—remain intact, will be used to portray Israel as some kind of puppet master, goading the generals to shoot into the crowd. 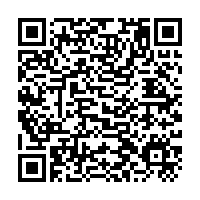