In a press conference Sunday, Awad told the press that the committee will finish its work Monday, and the new draft constitution will be announced Wednesday. Al Ahram quotes the basic instruction given the authors of the new document: “Fundamental changes must be introduced to 2012 Islamist-backed constitution.”


By fundamental, they mean no Muslim Brothers in politics, ever again.

“The 2012 constitution was drafted under the former regime of the Muslim Brotherhood to grant Islamists an upper hand and a final say in Egypt’s political future, and this must be changed now,” Ahram quotes a committee source. “When the people revolted 30 June, their main goals were not confined to removing Mohamed Morsi from power, but also changing the fundamental pillars of the religious tyranny the Muslim Brotherhood regime tried its best to impose on Egypt.”

The source revealed that the new constitution must impose a ban on political parties based on religious foundations.

The source explained that “the anticipated ban gained momentum after the committee received requests and proposals from more than 400 political, economic and social institutions, pressing hard for the necessity of safeguarding Egypt against Islamist factions trying to change the civil nature of the country into a religious oligarchy.”

Except that – surprise, surprise, despite the anti-Brotherhood sentiment common to the new masters of Egypt, the source says the new constitution “will keep Article 2 of 2012’s Islamist-backed constitution — which states that Islamic Sharia is the main source of legislation — in place.”

This, according to committee chairman Ali Awad, is done “in order to stress the Islamic identity of Egypt.”

According to the source, most political institutions have recommended that “if it is necessary to keep the Islamic Sharia article in place as a nod to Islamists like El-Nour, it is by no means necessary to maintain the 2012 constitution’s separate article (Article 219) that delivers an interpretation of Islamic Sharia.”

Article 219 of the 2012 constitution states: “The principles of Islamic Sharia include its generally-accepted interpretations, its fundamental and jurisprudential rules, and its widely considered sources as stated by the schools of Sunna and Gamaa.”

Not any more. They’re also going to scrap the Shura Council, the upper house of parliament, that was created in 1980 by late President Anwar El-Sadat to befriend his Islamist foes. They shot him anyway. The MB exploited its majority in the council in 2012 to “Brotherhoodise national press institutions and the state-owned Radio and Television Union (known as Maspero) and gain legislative powers to Islamise society.”

Sources are saying there will be radical changes of articles aimed at regulating the performance of the High Constitutional Court and media institutions. “We aim to reinforce the independence of these institutions and not to face any more intimidation by ruling regimes,” the source said. He also indicated that, “The electoral system is also expected to see a complete overhaul in order not to cause any discrimination against independents or come in favor of party-based candidates.”

And another noteworthy change: Article 232 of the 2012 constitution, imposing a ban on leading officials of Mubarak’s defunct ruling National Democratic Party (NDP), will be annulled.

So, it appears the Egyptians are quite capable of taking care of their legal affairs without nasty interventions from their patron wannabes in Washington. Perhaps it would be best for the U.S. to shut up for a couple of weeks and not meddle? 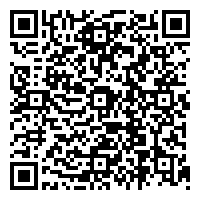