The Zionist Organization of America (ZOA) has praised the Jewish Federations of North America (JFNA), the umbrella organization which includes the Council of Jewish Federations, the United Jewish Appeal and the United Israel Appeal, for ending a 50-year old ban on permitting its representatives to conduct official visits to Jewish communities in Judea/Samaria. Six hundred thousand Jews live on just 2% of the entire Judea/Samaria area. Forty percent of this area has been given to the Palestinian Authority and they have full autonomy there. Israel continues to be involved in security operations in Judea/Samaria because of continued Palestinian Arab terrorism against Jews.

Following a meeting this week, the decision was made to lift the ban, which will enable not only visits to Jewish communities in Judea/Samaria, but to Arab cities and townships as well.


ZOA National President Morton A. Klein said, “We applaud the JFNA for making this sensible and principled decision.

We urge all Jewish groups like AIPAC and others to begin to visit the Jewish communities in Judea/Samaria, as well.

“It was an absurd anomaly that Jewish officials from across America can go to Israel but were uniquely insulated from meeting with, acquainting themselves with, getting to know the Jewish communities in Judea/Samaria.

“The residents of these Jewish communities, living in the historical, biblical land of Israel, are every bit Israeli citizens as their fellow citizens within the Green Line. They serve in the army; they pay their taxes; they contribute to the national economy.

“Indeed, they suffer for living on Israel’s front line, enabling Israel to guard defensible frontiers, which the 1949 armistice lines never were.

“Jews have a moral and legal right to live in Judea/Samaria, stemming from the 1920 San Remo settlement that earmarked this territory for Jewish settlement and which has never been superseded by an internationally-binding agreement.

“Indeed, there is something perverse in the idea that an entire segment of the Israeli Jewish population be off-limits to contacts with their North American Jewish brethren because of where they live, and it is long overdue that this sorry state of affairs has now come to an end.

“Israelis and American Jews will continue to have disagreements on questions of major policy, but conversation on the subject should involve all Israelis.

“We praise the JFNA for making this historic decision. We urge all Jewish groups like AIPAC and others to begin to visit the Jewish communities in Judea/Samaria, as well. Groups that ZOA takes to this part of Israel often tell us it was the best part of their trip. They learn that Judea/Samaria contains real cities, with wonderful Jewish families raising their children. 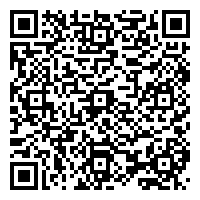