AliExpress, owned by the Alibaba Group, has spent the past two years planning the move, according to Yaniv Porat, head of the AliBuy group and its Israeli representative.


“Right now, it is still a very limited number of stores and items, but together with the AliExpress team we are looking at expanding the products to be sent to the warehouse in Israel and sold to consumers directly,” he told Israel’s Channel 2 News.

As anyone who has ordered from the super savings online shopping giant, shipping (usually from China) can take up to a month. With this move, however, that time will be cut to three to seven business days – and products may be even less expensive since delivery costs will be lower.

“AliExpress has large warehouses only in strategic countries like Russia, the US, Spain and Brazil,” Porat told Channel 2. “Now, after examining the market, the management decided to open a warehouse here [in Israel] as well.”

But wait: There are a few kinks that still need to be worked out, as explained in an article published by GeekTime, quoting Benny Bohnik, manager of the “I Want This” group on Facebook.

To be precise, Israeli red tape may kick in and bollix the works.

For a start, how will AliExpress work out the regulatory issues faced by vendors in Israel?

Things like VAT (local sales tax), import status (will purchases be counted as personal imports or local sales?) and the possible need to provide support documentation in Hebrew may all change with a local presence.

All of the above could easily impact cost and product availability, and ultimately the supersaver giant’s decisions on whether to remain.

Amazon, another mammoth online shopping resource hit the same hurdles. Although it still has a footprint in the Jewish State, its local presence is considerably smaller than originally expected by avid Amazon fans and as a result, many still prefer to order from the US-based website. 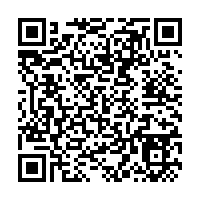