While in Israel, Jeff Bezos was said to have met with management and employees of Annapurna Labs, based in Yokneam in northern Israel, which Amazon acquired for $360 million in 2015.

While neither Amazon nor Annpurna confirmed the plans, the online retailer is reportedly seeking to headquarter its Israeli R&D operation in Haifa and expects to employ some 800 people there within two years. That workforce would include 200 employees from Annapurna, who would be relocated from Yokneam.

Engineers from Annapurna have developed specialized chips that Amazon uses in its servers to more efficiently provide retail and cloud computing services.

Amazon, which Haaretz described as “a relative latecomer to Israel” compared to tech companies like Microsoft and Google, has also entered into an agreement with state-owned Israel Aerospace Industries to upgrade the Boeing 767S fleet that it will be using for Prime Air, a cargo carrier that the retailer is developing. 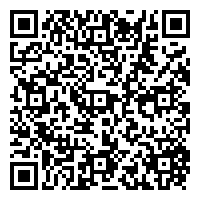