The merger is expected to create what what Kape called a “premium consumer privacy and security player,” giving the company a global team of 720 to create future product offerings.


Kape said the acquisition will expand its customer base to more than six million from nearly three million and would create a tier one digital privacy and security firm best positioned to capitalize on the expected market growth.

ExpressVPN, founded in 2009, is worth almost as much as Kape, which is traded in London with a market cap of $1.1 billion, Globes reported. The company has seen a compound annual growth rate (CAGR) of 35.1 percent over the past four years.

“We’ve admired the ExpressVPN team’s relentless pursuit of excellence and innovation and are excited to welcome them to Kape,” the company’s CEO, Ido Erlichman said in a statement.

“With ExpressVPN now part of the Kape family of world-leading privacy and security brands, together we have the vision, talent and resources to take the industry to the next level.

“Controlling one’s digital presence is at the forefront of every tech consumer’s mind now, and Kape is more committed than ever to innovating and delivering the tools internet users need to protect their data and rights. Kape is now synonymous with taking control of your digital experience,” he added.

Express VPN co-founder and CEO Dan Pomerantz likewise said the company is “delighted” to be joining the Kape Technologies family.

“It was essential to us that anyone we teamed up with a company that shared our strong fundamental commitment to user privacy, and Kape has demonstrated that in spades through its family of brands.

“With access to greater capital and resources as part of Kape, we’re excited to be able to accelerate our product development, deliver even more innovation to our users, and protect them from a wider range of threats,” Pomerantz added. 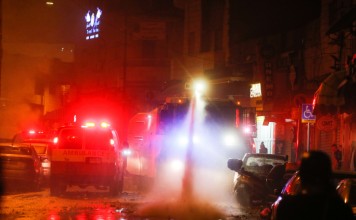