Canadian pediatricians are preparing to reverse a 17-year-old policy that recommends against circumcision and instead will adopt a more balanced view that in effect suggests that the parents decide.

Recent Canadian research shows that approximately half of Canadian parents would consider circumcising their sons, and the most important single factor is whether the father is circumcised, according to a University of Saskatchewan study that was reported by the Vancouver Sun.


The Canadian Pediatric Society in 1996 adopted a clear policy against circumcisions, which is practiced by Muslims as well as Jews, and declared that circumcision is medically unnecessary for the “well-being of the child.”

Many anti-circumcision activists consider the procedure “genital mutilation” and insist that it takes away the human right of a person, even a baby, to decide for himself whether to undergo the procedure.

The new policy puts a bit of sanity back into society by actually implying that parents can decide what is best for their children, at least in terms of circumcision.

He said the pediatricians are trying to adopt a policy, to be announced in June, which will consider the risks and benefits of circumcision and also will respect personal references as well as religious issues.”

“There are very strong opinions on both sides of this issue,” Stanwick said. “We know that we’re wading into something that, no matter what we write, will not be strong enough for probably either side.”

Many African countries have adopted circumcision to prevent diseases, especially HIV, and a recent study by American doctors concluded that circumcision provides protection against urinary tract infections, penile cancer and the transmission of some sexually transmitted infections.

“The organization isn’t recommending universal circumcision. Instead, it says the final decision should be left to parents,” the Sun reported.

Stanwick said that despite the benefits of circumcision, the procedure is a surgery and therefore
not without risk,” such as bleeding and hemorrhage, infection, inflammation and tightening at the end of the penis. 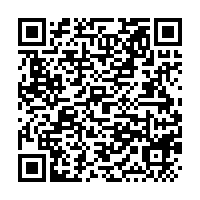