Vadim Rabinovich, a Jewish Ukrainian philanthropist and businessman, survived an apparent attempt on his life in Kiev.

According to the online edition of the Russian daily Komsomolskaya Pravda, an explosive device was hurled into Rabinovich’s car near the Klovska metro station on Monday.


The daily said it was not yet clear whether Rabinovich, co-chairman of the European Jewish Parliament and president of the All-Ukrainian Jewish Congress, was in the car at the time of the explosion.

A Rabinovich associate told JTA that the businessman gave a statement to Ukrainian police. The identity of any attacker or motive is not known.

Igor Mihalko, a spokesman for the Ukrainian police, was quoted as telling the news site Comments.ua that no one was hurt in the explosion.

An unidentified woman told police she saw a young man of medium height wearing a baseball cap, which covered most of his face, flee the scene immediately after the explosion, the Comments.ua reported. Other witnesses said the explosion was strong enough to shatter the windows of nearby houses.

In addition to being involved in Jewish organizations, Rabinovich, 60, is an importer, energy magnate and president of FC Arsenal Kyiv, a professional soccer club in Kiev. 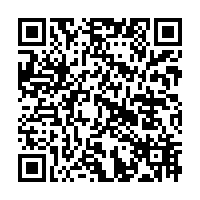