The vote followed a Jewish Press report indicating that Jewish students at the university have felt unsafe on campus since the anti-Semitic Students for a Just Peace in Palestine group introduced the boycott issue to campus discourse.

The student government ballot initiative passed with 54.2 percent of the vote, with 45.8 against, The DePaulia student newspaper reported Friday.

A total of 2,908 votes were cast by students at the Chicago Catholic university.

The ballot question asked: “Do you think that DePaul should follow socially responsible investment practices and divest its funds from companies that profit from Israel’s discriminatory practices and human rights violations?”

According to the paper, the university’s president, the Rev. Dennis H. Holtschneider, sent an email to students and faculty after the vote calling the request “problematic in a number of ways.”

He wrote that “what is socially responsible to one organization or set of interests may be objectionable to another.”

The school’s student senate previously passed a divestment resolution in March, but it was vetoed by the student body president.

Caring For Patients Without Harming Myself 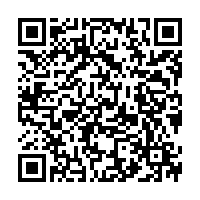