This week, students at DePaul University are being asked to get involved in the Israeli-Palestinian conflict and vote on a non-binding resolution that asks the university to divest from companies that do business in the Jewish State. But for some Jewish students on the Lincoln Park, Chicago campus, the campaign behind the proposed measure has created an atmosphere of intimidation, not free speech.

Rachel (last name withheld), a sophomore at DePaul, explained that the “DePaul Divest” campaign, begun two months ago, has transformed this campus from one that used to be “safe and community-giving.”

“This entire campaign and entire sit-in going on in the SAC (Schmitt Academic Center) is totally unsafe for Jewish students and I have had a lot of Jewish students text me and call me today and tell me they are not comfortable walking through that part of our campus, which is really disheartening.”

Rachel added, “About two months ago when SJP (Students for Justice in Palestine) started the ‘DePaul Divest’ campaign, I no longer felt safe on this campus and I no longer felt I could be a proud Jewish student.”

During a Tuesday afternoon public forum on campus about the Boycott Divestment and Sanctions (BDS) campaign, freshmen student Ally (last name withheld) told a pro-Israel panel that as a Jewish student, she feels intimidated on the Lincoln Park campus. (Note: SJP did not respond to an invitation to participate according to moderator Professor Patrick Callahan.)

When asked if she feels as safe as the other students on campus, Ally said, “I do kind of feel as a Jewish student that I am being targeted on campus. I feel that a lot of questions are being directed to me and I am constantly on the defensive on campus,” she explained. “I have to defend myself, my Judaism, my pride in Israel every day and it’s getting a little bit exhausting.”

Ally continued, “I’d like to live and go to a university where everybody can have their own opinions and have a diverse community and feel safe.”

Accusations of intimidation tactics against the BDS movement are not new.

Last month Jewish students were allegedly targeted on the New York University campus. Mock eviction notices were placed under doors in their dorm, causing Jewish students to “feel violated and unsafe.” A similar incident at Northeastern University in March led to that SJP chapter being suspended.

During the investigation of this story, supporters of DePaul Divest holding a rally in a popular “social gathering and study area” became agitated when they noticed photos and video being taken of their rally.

SJP DePaul treasurer Hanna (last name withheld) did not respond to an email request for comment regarding Jewish students “feeling intimidated” or concerns about a lack of “open and honest dialogue” on campus.

When asked about charges of anti-Semitism in an earlier on-campus interview, Hanna stated, “There are three goals to the BDS movement. The right of return for the Palestinians as stipulated by U.N. resolution 194; the rights of Palestinian citizens within Israel to full equality; and the end of the occupation. This is a rights-based movement; there is nothing anti-Semitic about it.”

Student voting on the divestment resolution concludes on Friday. DePaul’s President Dennis Holtschneider has stated he “will not be able to honor it one way or the other without first being satisfied that the university community has explored all the matters at issue, and come to a thoughtful, informed, recommendation.” 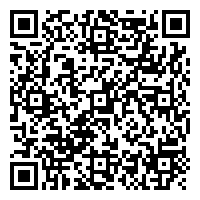