Former Nebraska Senator Chuck Hagel has cleared the last hurdle and the full senate will vote on his nomination to become U.S. secretary of defense later today.

Despite numerous suggestions that Hagel is not suited for the position due to his: poor managerial skills; long-held ardent opposition to sanctions on Iran, hostile attitude towards both the Jewish people and the Jewish State, tactless comments about homosexuals, and the widespread, bipartisan conclusion that Hagel’s performance at his confirmation hearing was a disaster, all but two of the Senate Democrats and 18 Republicans voted to allow him to approach the final, all but ceremonial, lap towards confirmation.


The vote to end debate was 72 – 27.  The Republicans who voted for cloture – that is, to cut off debate and move the nomination forward – included many who had challenged him earlier in the process including: Lindsey Graham (R-SC), Orrin Hatch (R-UT), John McCain (R-AZ), and Kelly Ayotte (R-NH).

Senator Ayotte has already said she will vote against the nomination in the full senate, which is pretty meaningless as all that is needed is a simple majority.

Last week, 15 Republican senators sent a letter to the president asking him to withdraw the Hagel nomination.

On Feb. 12, a divided Senate Armed Services Committee approved the nomination on a straight party vote of 14-11.

The final vote on Hagel’s nomination to succeed Leon Panetta as U.S. secretary of defense is scheduled for today at 4:30 p.m. ET.

UPDATE: Hagel was confirmed as secretary of defense in a 58-41 vote. 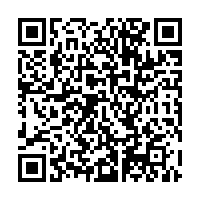