A group of hundreds of Egyptian Christians from around the U.S. held a series of rallies in Washington, DC, on Thursday to protest U.S. policy in Egypt and Western media coverage.

The rallies were organized by an online campaign. One of the group’s organizers, Amro A. Gadd, wrote that the rallies are “intended also to expose the clear bias for the Obama administration and the American media in support of MB (Muslim Brotherhood) and its terrorism ideology,” according to a post on his Facebook page.

The rally began at the White House before marching to the office of the Washington Post, CNN and Council on American Islamic Relations (CAIR), an American Muslim group which the protesters accuse of supporting the Muslim Brotherhood.

Meanwhile, a petition started by the American Center for Law and Justice (ACLJ), a Washington, DC-based public interest Christian law firm, calls on Obama to condition American aid to Egypt on the protection of Christians. 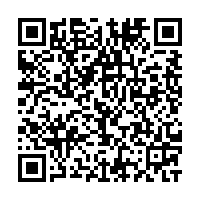