Hamas Minister of Interior and National Security Fathi Hammad recently said that the Palestinians actually came from Egypt, Yemen, and Saudi Arabia. In an interview he gave to Al-Hekma TV, an Egyptian network, he discussed the necessity of Arab-Muslim solidarity and the support the Gazans need from the Egyptians to continue with their Jihad efforts. He declared that: “Al-Aqsa and the land of Palestine represent the spearhead for Islam and for the Muslims. Therefore, when we seek the help of our Arab brothers, we are not seeking their help in order to eat, to live, to drink, to dress, or to live a life of luxury. No. When we seek their help, it is in order to continue to wage Jihad”.

In an attempt to gain Egyptian sympathy, he said that all Palestinians have Arab roots, blood ties in various countries on the Arabian Peninsula and Egypt. Hammad said that half of his family was Egyptian and over thirty large families are named Al-Matzri, from Egypt. Half of all Gazans came from Egypt; the other half came from Saudi Arabia and Yemen. He repeated and clarified: “Who are the Palestinians? We have many families named Al-Matzri, whose roots are Egyptian. Egyptians! They came from Alexandria, Cairo, Dumietta, the North, from Aswan and Upper Egypt. We are Egyptians. We are Arabs. We are Muslims. We are a part of you”.


These statements stand in stark contrast to the common conception that the Palestinian Arabs have lived within the borders of the State of Israel from “time immemorial”.

Click on the link below to view Hammad’s comments on MEMRI TV: 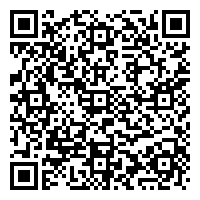