Two Irish bands scheduled to play highly-publicized concerts in Jerusalem, Tel Aviv, and Nahalal in June have cancelled, citing an overwhelming international uproar over their refusal to join the boycott against relations with Israel.

Dervish and Fullset both published apologies on their Facebook pages, explaining that a mutual friend of theirs, Israeli musician Avshalom Farjun, organized the events as a means of promoting love and peace in Israel.  However, the goal of the Israeli musician was radically upended when peace activists and pro-Arab supporters from around the world began slamming the groups for visiting Israel, blasting them publicly and intimidating them into joining the embargo against the Jewish state.

Dervish singer Cathy Jordan posted on Dervish’s Facebook page that her group “wasn’t quite prepared for the extent of the venom directed at us” for agreeing to play in Israel and while she believes “we are all equal, we are one,”  and that “to promote love and peace in the world, I would go anywhere,” she apologized to her attackers for the “upset caused by all of this”, and said that while Dervish is “not a political party”, “we now feel that we do not wish to break this boycott”.

Fullset also issued an apology on its Facebook page, cancelling its appearances “with a heavy heart”, citing that they and Dervish “have been publicly berated and attacked for breaking a cultural boycott on Israel that neither group was aware of when accepting the tour.”

Jonty Zwebner, CEO of Israel-based music marketing and promotion company One Song World, called the decision “a shame”.  “Music is a universal language, there shouldn’t be any barriers,” he said.  “I think it’s a shame there are outside factors playing into this”. 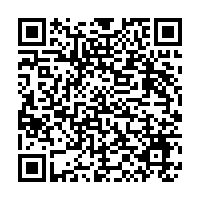