The Iranian-backed Hamas terrorist organization has “blessed” the drive-by shooting attack late Sunday afternoon at the Tapuach Junction in Samaria.

Palestinian Authority terrorists opened fire Sunday in a drive-by shooting attack aimed at a group of people standing at the Tapuach Junction in Samaria. Three people were wounded. Two are in very serious condition. One is in good condition.

A spokesperson for the terrorist group, which maintains an iron grip on the residents of Gaza said, “The attack comes as part of the natural response to the crimes of the occupation.”

He also expressed “support” for “our brothers in East Jerusalem,” in a statement posted to his personal Twitter account. 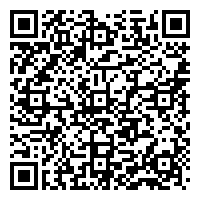