The IDF has placed a ban on the import of communications equipment into the Gaza Strip after Hamas has been caught stealing the equipment and using it for its terror network.

Hamas military activists in the past weeks have broken into the warehouse of the Pal Tel phone company in the Zweida neighborhood in the Gaza Strip. The equipment it stole is being used to rebuild and develop Hamas’s communications system after it was hit in Israeli bombings.


The IDF’s Coordinator of Government Activities in the Territories (COGAT) Maj. Gen. Kamil Abu Rukun on Monday demanded that Hamas stop “taking advantage of the steps taken by the State of Israel for the benefit of Gaza residents for terrorist purposes.”

The stolen equipment, including copper cables, routers and hubs, is estimated to be worth some NIS 15 million.

COGAT noted that due to the theft of equipment, Pal Tel “now finds it difficult to provide the services that the residents of Gaza need.”

COGAT “has made it clear that it will not lend support to terrorism and will take appropriate steps when the terrorist organizations choose to abuse the civilian measures at the expense of the residents of Gaza.”

“Following this crime committed by the Hamas terrorist organization, which seeks to take advantage of the civilian measures intended to stabilize the economic situation in Gaza, while first and foremost harming the civilians – no communications equipment will be introduced into the Gaza Strip until the equipment is recovered,” Abu Rukun stated.

A source in Gaza told TPS said that since Israel bombed Hamas tunnels, and especially during its counterterrorism operation of Khan Yunis in November, Hamas has been working to restore its communications system and in the absence of infrastructure equipment, its activities have broken into the warehouses.

Hamas does not import telecommunications equipment by private suppliers so as not to attract attention to its development work in Israel, preferring to steal from the media company, which is also unable to report the incident because Hamas rules the Strip.

Hamas cannot import the equipment itself because it is not used by the private sector and its import into the Gaza Strip could expose to Israel Hamas’ attempts at the system’s rehabilitation and its development activities.

It has also become apparent that Hamas’ police launched a fictitious investigation into the incident while concealing the break-in for several days. 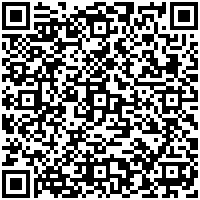