The government of Israel is once again making concessions to the terrorist organizations of Gaza, less than 48 hours after the death of 21-year-old Border Guard Police Sgt. Barel Hadaria Shmueli, who succumbed to wounds suffered on August 21 when a 12-year-old Gazan stuck his gun through a hole in the border wall and fired multiple shots directly into the officer’s face.

Hundreds of dunams of forested and park land in southern Israel were also, once again, torched by Gaza arson terrorists this past month, using incendiary balloons.

Concessions, Soft Response to Gaza Attacks
The next day, the IDF again conducted airstrikes against Hamas positions, waiting long enough to begin the attack to ensure that every terrorist had evacuated the targeted structures. There were no casualties.

Israel’s coalition government, in fact, went further, this week approving the expansion of Gaza’s fishing zone to 15 nautical miles, from the six miles it shrank to after launching an 11-day mini-war with Israel on May 10 by firing rockets into the area of greater Jerusalem.

The Israeli government also more than tripled the number of Gaza merchants allowed to enter Israel, from 2,000 to 7,000.

This followed the entry into Gaza of truckloads of cement (used by Hamas to build its attack tunnels), granite, marble and other materials, via the Kerem Shalom land crossing from Israel.

In addition, Israel made a commitment to increase the amount of water supplied to Gaza by five million cubic meters; this despite the untreated sewage that flowed into the Mediterranean Sea from the enclave, polluting the waters along the southern Israeli coastline.

It’s not the first time Israel has made concessions to the terrorist government in Gaza.

Millions of dollars in food and supplies are shipped from Israel to Gaza six days a week, channeled through aid organizations or via Gaza’s private sector, regardless of the security situation most times.

With the entrance of every new US government, the question of how to “encourage” the Palestinian Authority/Gaza leaders to “return to the negotiating table” dominates the discussion and leads to later “gestures.” Although there has been no public attribution to the American leadership, Israel’s current desire to make concessions to its enemies may be due to Prime Minister Naftali Bennett’s meeting last week with US President Joe Biden.

Clean Water Hard to Come By in Gaza
A new wastewater treatment plant in the town of Bureij went into operation in April 2021, barely a month before Hamas again attacked its Israeli neighbors, but it didn’t help much.

Before the start of “Operation Guardian of the Walls” – the name for the May 10 mini-war with Hamas assigned by Israel’s government – “more than 100,000 m3 of untreated sewage was being discharged to the sea each day, resulting in pollution along 75 per cent of the Gaza shoreline.”

The new wastewater treatment plant, electrically self-sufficient due to a biogas plant and solar plant built on the site, was intended to treat the wastewater from 11 Gaza communities – about one million residents – and improve the conditions for a proper water supply.

The high-priced project was supported by the German Financial Cooperation on behalf of the Federal Ministry for Economic Cooperation and Development (BMZ), at a cost of EU 85 million.

But 25 service providers in the water, sanitation and hygiene (WASH) sector of Gaza, who operate more than 500 water and sanitation facilities, were reported by UNICEF in June 2021 to be “seriously impacted” by Gaza’s “extremely limited water resources.”

According to the pro-Palestinian ReliefWeb.int, more than 120 incidents affecting WASH infrastructure were recorded in the aftermath of the war launched by Hamas on May 10.

About 290 locations were partially damaged or completely destroyed according to the report; “immediate emergency repairs to the most critical water and wastewater facilities were undertaken to a limited extent.”

Untreated Gaza Sewage Also Affects Israelis
What the report does not say is the fact that pollution from Gaza’s untreated sewage also flowed into and along southern Israel’s shoreline, seriously endangering the health of Israelis as well as Gazans.

Meanwhile, Hamas — generously funded, equipped and trained by Iran – continues to steal the money and construction supplies that enter the enclave in order to resume building its military infrastructure, regardless of the cost to its civilians.

The terrorist organization was outraged when the United Nations, Qatar and Israel formulated a plan this summer to ensure Gaza’s poorest families would receive their $100 monthly aid grants in a way that excluded Hamas, in order to ensure civilians get help.

But even those aid grants do not produce clean water for the hapless residents of the enclave.

Water supply per capita decreased by 30 percent during the 11-day mini-war, which saw Hamas fire more than 4,000 rockets and missiles fired at Israeli civilians.

The drop in water supply was “due to impacts and loss of electricity, adversely affecting 800,000 people in Gaza,” the ReliefWeb.net report said. However, the human rights site neglects to mention that at least some of those “impacts” – perhaps many – resulted from misfired rockets launched by Hamas at Israeli civilians. All Hamas rocket launchers were located in sites embedded in the residential neighborhoods of Gaza, including next to some schools and hospitals. Some of the “impacts” did indeed affect Gaza civilians, however, when Israeli forces launched strikes at those sites to prevent further rocket fire.

Reason for Current Israeli Concessions?
It is not clear why Israel agreed to again make concessions to the terrorist rulers of Gaza, a move which invariably leads to the immediate escalation violence against Israeli civilians. It may be, partly, the result of a decision to bolster Palestinian Authority leader Mahmoud Abbas — a Hamas rival.

Gantz and Abbas Meet in Ramallah with Bennett’s Blessings

In a separate address Monday, IDF Chief of Staff Aviv Kochavi said, “Even after the end of Operation Guardian of the Walls, the IDF has begun to prepare for another campaign. We have improved and continue to improve our attack capability and operational plans in Gaza.

“If the calm in the south is not maintained, we will not hesitate to go out for another campaign, and if need be, the Israel Navy is ready and willing to take a central role, as it did with great success in Operation Guardian of the Walls,” the IDF added.

But the military is still controlled by the political echelon in the State of Israel, and can do little without authorization from the current coalition government, which includes the far-left Meretz party and the Islamist Ra’am party.

The Israeli Ynet news site reported that IDF Coordinator of Government Activities in the Territories (COGAT) explained, “The civilian measures approved by the political echelon are conditional on the continued maintenance of security stability over time, and their expansion will be examined in accordance with the assessment of the situation.”

It is COGAT which coordinates with Gaza and the Palestinian Authority at the behest of, and on behalf of, the Israeli government.

Concessions Also to Palestinian Authority Government
While that was taking place, Israeli Defense Minister Benny Gantz announced a series of “good will” gestures on Monday aimed at strengthening the Palestinian Authority, which has repeatedly encouraged its population, including the youth, to attack and attempt to murder Israeli civilians.

The PA government has nevertheless continued to provide generous monthly salaries to terrorists imprisoned in Israel for attempting and/or succeeding in murdering Israelis. Ceasing such support for terrorism apparently did not come up in the negotiations held during a face-to-face meeting in Ramallah between Gantz and PA leader Mahmoud Abbas — the first such meeting in years.

Approval for a half-billion shekel ($150 million) “loan” to the Palestinian Authority followed the Gantz-Abbas meeting.

“The stronger the Palestinian Authority is, the weaker Hamas will be,” Gantz told Israeli military correspondents in explaining his decision. “And the greater its ability to govern, the more security we’ll have and the less we’ll have to do.” 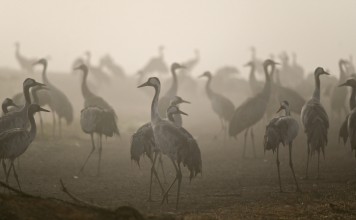 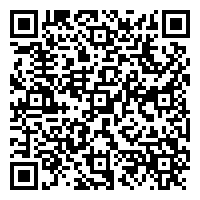