New details have been revealed about a meeting held yesterday between Israel’s Minister of Defense Benny Gantz and Palestinian Authority (PA) leader Mahmoud Abbas. The two met Sunday night in Ramallah, at the offices of the PA government.

Yossi Yehoshua reported that Gantz agreed during the meeting to give the Palestinian Authority government a loan of half a billion shekels ($155 million). The loan will be repaid to Israel next year by deducting the sum from funds that were originally intended for the PA but were frozen by the Israeli government due to terrorist activity.


Israel also reportedly agreed to consider recognizing the status of thousands of Arabs who currently reside in Judea and Samaria, but who are not currently recognized as such by the Israeli government.

Reaction to the news was harsh.

The right-wing Israeli Religious Zionism Party responded to the news with an attack on Prime Minister Naftali Bennett saying, “Half a billion NIS to Abu Mazen. Bennett, you have lost your values.”

The Religious Zionism Party accused the current Israeli government of taking a detour from a law that was intended to offset the funding of salaries for terrorists, (by suspending transfers of funds to the PA), by now transferring hundreds of millions of dollars to Abu Mazen.

The party went as far as to use the harsh derogatory Hebrew term “Yisrabluff” to describe what it says is holding back funds with one hand while turning over said funds with the other, under the guise of a loan. Roughly translated, the term means doing something in an underhanded way that is lacking in trust.

“Transferring funds to the Palestinian Authority, without doing so with the condition of stopping the transfer of salaries to the families of the terrorists, encourages terrorism and harms the global fight against it,” said the Religious Zionism party.

“By what moral right can the State of Israel demand from the world to exert pressure on countries and bodies that support terrorism, if it itself financially supports an entity that directly encourages terrorism?”

“There is no money for public hospitals, no money for the salaries of regular soldiers, but there is money for the artificial respiration of those who work against Israel in The Hague and strategically endanger the security of the State of Israel,” it complained.

The Religious Zionism Party went on to describe the current government as left-wing and it even went so far as to accuse it of being “a danger to the State of Israel.”

Yoni Ben-Menachem is an Israeli journalist and a senior researcher at the Jerusalem Center for Public Affairs (JCPA). He commented that the administration of US President Joe Biden demanded that Israel strengthen the PA, not the terror supported by the PA or the corruption of the PA.

However, the funds that Israel will now turn over to the Ramallah government will, in fact, “flow to the salaries of terrorists and their families and will also fund the corruption of PA officials.”

Ben-Menachem added sarcastically, “A great deal was arranged by [Defense Minister] Gantz with the approval of [Prime Minister] Bennett.” 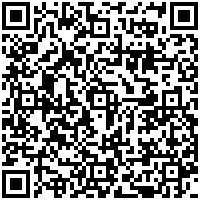