Senior PA officials told TPS that they received positive messages from the defense minister and that the one-on-one meeting with Abbas was extremely positive.


Commenting on the meeting, Hussein A-Sheikh, the PA’s Head of the General Authority of Civil Affairs who was present at the meeting, told TPS that the meeting was “excellent” and he thinks “this is the beginning of a friendship that will lead to a full renewal of relations.”

Another senior PA official said that during the personal meeting, Gantz conveyed messages that, by the Palestinians’ definition, “they can count on them with confidence in the future” and that the messages caused a great deal of satisfaction.

A security source in the PA said that the PA understands that it must maintain relations with Israel at the economic and civil level throughout Naftali Bennett’s tenure, with the understanding that the breakthrough will come once Yair Lapid become prime minister, and therefore the PA is agreeing to play according to the Israeli rules.

A source from Ramallah added that “now Gantz can show Biden in the White House that he is taking action, but we, the Palestinians, understand that if there is no political continuation, the meeting will become the gravestone of the Palestinian Authority, which will be portrayed as the Southern Lebanon Army due to its satisfaction with talks mostly on security coordination.”

Although senior PA officials estimate that a diplomatic breakthrough is not expected any time soon, in the meantime the PA is enjoying a long list of easing of restrictions in the civilian sphere.

A senior PA official said that Israel is expected to approve that 5,000 Arabs living in Judea and Samaria can obtain residency status from the PA.

The approval that Israel is expected to give to the Palestinian Authority concerns Arabs living in Judea and Samaria who have no status, and not connected to “family unifications” between PA residents and Arab-Israelis.

According to officials, Israel will make it possible to finalize the status of 5,000 Palestinians who are defined as “unidentified” in the Judea and Samaria territories. Generally they are Arabs from other countries that married into a Palestinian Authority to immigrate to the PA.

Furthermore, Israel will grant the PA a loan of NIS 500 million, which, according to Palestinian sources, is intended to compensate for the funds Israel has deducted from its tax collections and transfers on behalf of the PA over its conduct of paying terrorists.

In July 2018, the Knesset passed a law requiring the government to deduct the amount of money that the PA gives to terrorists and their families from the taxes Israel collects for the PA. This “loan” is apparently an attempt to circumvent Israeli law.

Talks on various economic matters are also expected, which will increase the cash flow to the PA’s coffers. 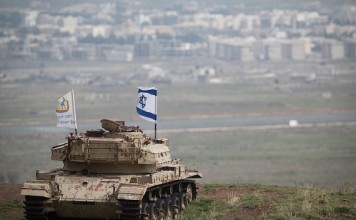