An Arab-run survey of Arabs living in the Palestinian Authority and Gaza returned some surprising results, according to a report on Israel’s Channel 2.

For approximately half the Arabs living in the PA and Gaza, what interests them most is their personal economic welfare and stability, and not nationalistic ambitions or terrorism.

They want more interaction with Israelis, not less.

They want the Arab states in the region to be at peace with Israel.

Unlike BDS, they want more Israeli-owned workplaces near their homes (like SodaStream used to be) in Judea and Samaria providing them jobs.

They want Hamas to not attack Israel.

They aren’t bothered that Jerusalem is the capital of the Jewish state.

They don’t like that terrorist families get special treatment.

In short, we can easily find a way to be at peace with some 50% of the Arab population in Judea, Samaria and Gaza, as they recognize the personal benefits of living together in peace with the Jewish people. It’s that remaining percentage who are still the problem.

Here are the results as shown by Channel 2.

56% don’t care if the US Embassy is moved to Jerusalem.

43% want more Israeli companies to open up workplaces for them in the West Bank.

55% want the cease fire with Hamas [and Israel] to continue.

57% are for a regional approach to a [peace] arrangement. 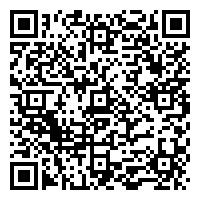