Two radical Islamist terrorists in the northeastern United States were caught in Michigan and Bronx, New York, and indicted in a Manhattan federal court room at the beginning of this month, the U.S. States Attorney’s Office in Southern District of New York announced late Thursday (June 8).

Ali Kourani, 32, was arrested in Bronx, New York, and charged with “providing, attempting, and conspiring to provide material support” to the Hezbollah terrorist organization, as well as “receiving and conspiring to receive military-type training” from the terrorist organization, and with a related weapons charge alleged to have involved a “rocket-propelled grenade launcher and machine guns, violating and conspiring to violate the International Emergency Economic Powers Act (“IEEPA”); and naturalization fraud to facilitate an act of international terrorism.” Kourani was arraigned in Manhattan federal court a week ago, on June 2.


Samer El Debek, aka “Samer Eldebek,” 37 of Dearborn, Michigan, was arrested in Livonia, Michigan, outside of Detroit, and charged with providing, attempting, and conspiring to provide material support to Hizballah; receiving and conspiring to receive military-type training from Hizballah; use of weapons in connection with a crime of violence that is alleged to have involved, among other weapons, explosives, a rocket-propelled grenade launcher, and machine guns; and violating and conspiring to violate the International Emergency Economic Powers Act (IEEPA). El Debek was arraigned in Manhattan federal court on June 5.

Both Kourani and El Debek are naturalized American citizens. Kourani faces a maximum sentence of life in prison; so does El Debek.

The two operatives were planning to attack U.S. and Israeli targets in Panama, as well as targets in the United States, according to Acting Manhattan U.S. Attorney Joon H. Kim.

“At the direction of his Hezbollah handlers, El Debek allegedly conducted missions in Panama to locate the U.S. and Israeli Embassies and to assess the vulnerabilities of the Panama Canal and ships in the Canal. Kourani allegedly conducted surveillance of potential targets in America, including military and law enforcement facilities in New York City.

“Thanks to the outstanding work of the FBI and NYPD, the allegedly destructive designs of these two Hezbollah operatives have been thwarted, and they will now face justice in a Manhattan federal court.”

He noted that Hezbollah is “a sophisticated and determined organization with a long history of coordinating violent activities.” He added, however, “that the dozens of agencies working together with our FBI JTTFs nationwide are just as determined to disrupt the plans of those working to harm our communities.” Sweeney thanked the hundreds of investigators who he said comprise the FBI’s New York JTTF and “display constant vigilance on our behalf.” He also asked the public to “remain engaged and to immediately report suspicious activity to law enforcement.”

NYPD Commissioner James P. O’Neill made a point of saying, “As part of his work for Hezbollah, Kourani and others allegedly conducted covert surveillance of potential targets, including U.S. military bases and Israeli military personnel here in New York City.

“Pre-operational surveillance is one of the hallmarks of Hezbollah in planning for future attacks. As alleged, Kourani, on at least two occasions, received sophisticated military training overseas, including the use of a rocket propelled grenade.

“In addition, El Debek is charged in an unrelated complaint, for allegedly possessing extensive bomb making training received from Hezbollah.

“Today’s charges of two for their work on behalf of Hezbollah is a tribute to the collaborative work of the agents and detectives of the Joint Terrorism Task Force.”

Hezbollah is an Iranian-backed Shi’ite Muslim guerrilla organization with political, social and economic components that has grown from a small terrorist group to become a major political faction in Lebanon. Hezbollah has been responsible for the deaths of hundreds of Israelis and U.S. citizens and military personnel, since its founding in the 1980s. The U.S. Department of State designated Hezbollah as a Foreign Terrorist Organization in 1997. In 2001, the U.S. Department of Treasury also designated the organization to be a Specially Designated Global Terrorist entity.

In 2010, officials at the State Department described Hezbollah as “the most technically capable terrorist group in the world, and a continued security threat to the United States.”

The Islamic Jihad Organization (IJO) is also known as the External Security Organization and “910” and is a component of Hezbollah that carries out the group’s planning and coordination of intelligence, counterintelligence and terrorist activities outside of Lebanon. 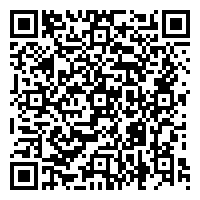