PA Chairman Mahmoud Abbas on Saturday inaugurated the development of the Moon City project in Jericho and the Jordan Valley, which was launched by the Palestine Investment Fund the Ammar Real Estate Group which is affiliated with the fund in an area of 445 acres. Moon City will be an integrated, modern urban center with sophisticated infrastructure, WAFA reported.

According to Dr. Muhammad Mustafa, Chairman of the Board of Directors of the Palestine Investment Fund, “the Fund was able to transform this area into an investment attraction, by preparing a plan for an integrated city with an area of ​445 acres, including advanced infrastructure, commercial, tourist and recreational facilities, with an investment of $500 million.”

“The Moon City project constitutes the largest land reclamation process in the region, as the Fund was able to develop 3.3 million square meters in various districts. Moon City will include 5 major projects in the fields of tourism, trade, industry, real estate, and energy.”

Planning is also underway to establish an industrial zone for an additional cost of $85 million, surrounded by a belt of green spaces. This project will also include the Noor Jericho solar power plant, with a capacity of 7.5 megawatts and an area of ​​86 acres, making it the largest solar power plant in the area. 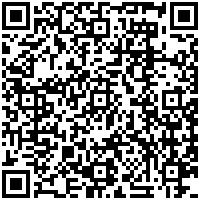