Criticism of the Palestinian Authority (PA) under the leadership of Mahmoud Abbas is increasing, but in Ramallah, they say that Hamas is behind the waves of protest for political reasons. On the PA’s streets, demonstrators are demanding Abbas’ removal, and in recent days have launched a large-scale campaign demanding his departure.

The campaign, taking place under the hashtag “Abbas Get Out” on social media, has already received tens of thousands of responses, with photos and videos criticizing Abbas and attacking his activities and decisions, and describing him as “harming the Palestinian people” receiving widespread sharing.


“Who spread chaos? Who shot the professors at the university? He is the one who must go,” social media users say. “He who stuck himself to the presidency for 17 years and did nothing for the Palestinians must disappear”, “He who turned the universities in the West Bank into war zones and carried out attacks on the faculty and students must go,” “He who killed the activist Nizar Banat must leave.”

In the meantime, the Palestinian Lawyers Association is intensifying its protest against the PA and its people are behind the campaign that is troubling Ramallah. In recent days, the lawyers went out in a series of demonstrations and protests in the various cities and demanded Abbas’ departure.

In the background of this is a series of decisions and laws that the lawyers oppose, especially in the field of legal procedures. On Wednesday, the Palestinian Bar Association announced the suspension of work and representation before the courts. The union’s demand is to suspend the validity of the decisions made by Abbas in the absence of a legal parliament.

The lawyers’ union’s demonstrations were held under heavy security due to the fear of a violent outbreak in front of the centers of the Palestinian Authority in Ramallah. The union called on the residents to participate in the protest to protect their rights and remove the injustice resulting from the illegal changes Abbas made.

The voices calling for the PA chairman’s departure have increased in the past year, especially since he ordered the cancellation of the elections in 2021 while holding his seat without elections for more than 17 years, and using “dictatorship and repressive methods” as claimed by many on the Palestinian Authority street.

The PA says that this is a campaign of incitement on behalf of Hamas, but the calls for Abbas’ departure are increasing due to a long series of acts of corruption, the lack of a functioning government, the weakness of governance, and violation of human rights.

The latest survey conducted by the Palestinian Research Center in June revealed that the rate of satisfaction with Abbas’ performance was at a low of 23%, compared to a large majority of 73% who expressed dissatisfaction with his rule. The survey revealed that 77% of the residents of the Authority demand the resignation of the chairman while only 18% preferred he remained in office.

54 % of the respondents said that they do not believe that parliamentary and presidential elections are expected soon. If elections were held now, Abbas would receive 33% support, compared to 55% for the Hamas leader Ismail Haniya, his opponent.

The hashtag “Want to L0ve” also returns to the Palestinian Authority street, and not only in the Gaza Strip, where activists are protesting against the difficult living conditions and are demanding their right to a reasonable life. Sources in Gaza confirm that at least 49 suicide cases have been documented by human rights centers since the beginning of 2022, alongside an increase in crime and unemployment, and poverty rates.

Traders in Gaza criticized the imposition of new taxes on behalf of Hamas on goods coming from the PA’s warehouses and the Chamber of Commerce called on the Hamas administration to reconsider the decision.

Against the background of the deteriorating situation, calls are now being made in the PA for the establishment of a “National Rescue Front.”

A group of 65 figures, leaders and social activists, united under Nasser al-Kidwah, a former member of the Fatah Central Committee and Arafat’s nephew who was deposed by Abbas from his positions in the Yasser Arafat Foundation following his establishment of a separate electoral list. They launched an initiative, a new political system designed to fix the Palestinian Authority interior and bring about an end to the division between the PA and the Gaza Strip, and rebuild the PLO.

The initiative presents a vision for change and intends to create change by rebuilding the PA institutions and the PLO by establishing a new national council that will be instated after the general elections. The vision also includes the end of the division, the “restoration of Palestinian unity” and the establishment of a new government.

“The vision requires national agreement and commitment to democracy and the foundations of good governance, as well as action to face the challenges facing Israel, and all this through a national meeting and dialogue that will lead to a consensus,” said the supporters of the new initiative.

“Many activists in the PA territories agree that the Palestinian political system is rapidly losing its legitimacy due to the lack of presidential elections since 2005 and parliamentary elections since 2006, along with a sharp deterioration in the functioning of the institutions, signs of a dictatorial rule on the part of Abu Mazen [Abbas], the absence of the rule of law and the spread of corruption,” says a senior official to TPS.

The group is now calling for the PLO to be rebuilt in order to maintain its role, and believes that if it is not possible to hold elections in some areas, such as Gaza under Hamas, at least two-thirds of the members of the National Assembly should be elected.

A member of Fatah’s revolutionary council, Abdel Fattah Hamil, told the media that “the National Rescue Front is an expression of a broad popular demand among the Palestinian people and expresses a comprehensive and broad national trend calling for change.”

Maher Harb, a senior member of the Popular Front for the Liberation of Palestine (PFLP), supports the idea and said that “we must act to create a broad front quickly in order to reconsider the elements of the Palestinian cause and especially the functioning of the PLO.” 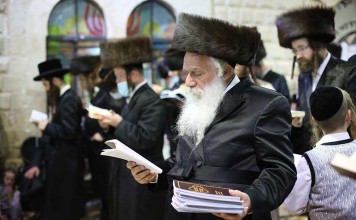 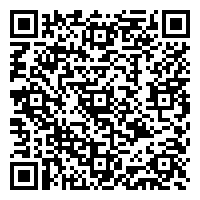