An exhibition of cartoons opened by Palestinian Authority (PA) Prime Minister Mohammad Shtayyeh at the Arafat Museum in Ramallah is stirring the Palestinian street.

The exhibition opened on Monday evening and features 100 painters from 43 countries who contributed dozens of cartoons portraying Yasser Arafat’s figure over the years, some in a ridiculous way.


This provoked a public outcry against Shtayyeh and the PA.

Hamas is taking advantage of the incident to slam the PA, and Hamas spokesperson Hossam Badran wrote “we reject and condemn the cartoon exhibition and say that Palestinian symbols should not be harmed, especially martyrs and prisoners and resistance fighters. Ramallah must be held accountable.”

Nasser Al-Qidwa, a former PA foreign minister and Arafat’s nephew who was ousted from the Arafat Foundation, said “Arafat’s legacy is no longer secure, the foundation and the museum named after him were forcibly abducted,” hinting in Mahmoud Abbas’ direction.

Activists on social media demand the removal of the cartoons and the ousting of Shtayyeh, Fatah activists staged a protest demonstration in al-Manara Square in Ramallah, and the Al-Aqsa Martyrs Brigades promised to cut off the hands of those responsible for harming Arafat’s memory.

A Fatah spokesman came out to defend PA and promised “a commission of inquiry will be set up and the government will monitor the issue.” 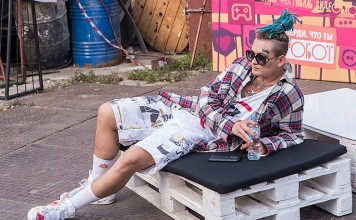