In the best tradition of dictatorial Arab regimes, obscurity has descended upon the state of health of Palestinian Authority leader Mahmoud Abbas, who has been hospitalized in Ramallah.


The Palestinian people, whom Abbas officially represents as the leader of the Palestine Liberation Organization, which is recognized as the exclusive representative of the Palestinians, have no official information about his state of health. The only information they receive comes from statements from his close associates and leaks to the Arab media.

No Palestinian doctor from the hospital in Ramallah has stood in front of the TV cameras to give an update on the situation of the 83-year-old leader or to answer any questions relating to his medical condition without violating his privacy.

According to sources in Fatah, the one responsible for this policy is Abbas himself and the people who surround him, led by Gen. Majid Faraj and Saeb Erekat.

They are keeping all real medical information very quiet so that they can make political use out of it.

This secrecy has created a rumor mill in the territories. At this rate, the day will soon come when senior P.A. officials will accuse Israel of “poisoning” Abbas, just as it supposedly “poisoned” Yasser Arafat, and they will even declare him a shahid, a “martyr.” There is no limit to the web of lies and Palestinian propaganda that is being used even now to build the myth and heritage of Mahmoud Abbas.

Abbas was hospitalized on May 20 for the third time in Ramallah after undergoing an operation last week on his ear.

The al-Hayat newspaper published in London claimed on May 21 that according to knowledgeable Palestinian sources, Abbas is suffering from severe pneumonia. His temperature was above 40 degrees, and his doctors are trying to bring it down. He is conscious, but he was breathing on a respirator.

Nonetheless, Erekat, secretary-general of the PLO’s steering committee, stated on May 21 that Abbas’s medical condition is good, and that he will be discharged soon.

Abbas, 83, also suffers from severe heart problems. Although he has had three catheterizations, he remains a heavy smoker.

Over the past few months, he has begun to prepare for his retirement from Palestinian politics and has taken two significant steps in this regard.

He passed a resolution before the Fatah’s Revolutionary Committee that if he were to become incapacitated, his vice chairman, Mahmoud al-Aloul, would replace him for 60 days as head of the movement until primaries and the election of a new leader could be organized.

He passed a resolution before the Palestinian National Council allowing the transfer of the PNC’s authority to the PLO Central Committee, which has 115 members, turning it into the body for making the most important decisions, including the election of a new PA head. This way, Abbas has pushed Hamas, which controls the Palestinian Legislative Council (parliament) out of the struggle over the succession, leaving it within the Fatah movement only, which is the backbone of the PA.

Who will replace him?

At least eight senior Fatah officials see themselves as potential successors to Abbas. At the top is Marwan Barghouti, who is in an Israeli jail, serving five life sentences for the murder of Israeli citizens.

The chances that Israel will let Barghouti out of jail to replace Abbas are very low.

Apart from him, the following are competing for the job:

However, due to the power struggles waged as part of the succession battle—and out of a desire to keep the Palestinian Authority whole—Abbas decided that he should designate a temporary successor to cover the interim period until general elections could be arranged.

He has not yet done so, and he has not appointed a deputy for himself as he had promised some of his close associates.

A temporary leader is likely

According to a report on the Al-Khaleej website from May 5, Abbas informed the Fatah leadership that he was going to appoint Prime Minister Rami Hamdallah as temporary P.A. head until general elections could be held in the territories.

Hamdallah is Abbas’s default choice because he is loyal and does not belong to any camp other than Fatah. He is also accepted by the United States, Israel and the Arab states. On the other hand, he is not an official member of the PLO leadership, and he has never been incarcerated inside an Israeli prison, a positive attribute in the Palestinian world.

Even if Abbas recovers and leaves the hospital, it is clear that he is living on borrowed time, and he can’t lead the Palestinian administration for too much longer.

Israel, the Fatah top brass, the United States and the moderate Arab countries have a shared interest in a stable transfer period and a quiet change of leadership among the upper echelons of the P.A. until a new top leader is elected.

It is by no means certain that this can be done. In the area, armed militias are on alert for the moment when Abbas either retires or becomes incapacitated.

Throughout the West Bank, bloodthirsty incidents and clashes may break out between the various factions within Fatah as they all jostle for power, and the situation may deteriorate into civil war.

Hamas is also not expected to be idle. It is likely to stir up its agents inside the West Bank and join in the struggle for the succession.Its main interest is to take power in the West Bank and torpedo U.S. President Donald Trump’s “Deal of the Century.”

Ahead lie interesting times. It is possible that the Israel Defense Forces will need to intervene to prevent Hamas from gaining ground or to prevent clashes between the various factions of Fatah, which may endanger the lives of IDF soldiers and Israeli citizens living in Judea and Samaria.
—
Yoni Ben Menachem, a veteran Arab affairs and diplomatic commentator for Israel Radio and Television, is a senior Middle East analyst for the Jerusalem Center. He served as director general and chief editor of the Israel Broadcasting Authority. 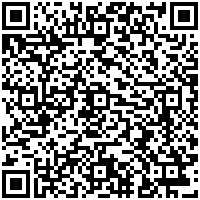