Hamas has attempted to infiltrate the Palestinian Authority’s (PA) security services with an objective of influencing the services’ actions and gaining sway within the PA, a leaked official PA document reveals.

An official Palestinian source told TPS that Hamas leader in Gaza Yahya Sinwar has managed to penetrate the top of the Palestinian general intelligence service in Ramallah, under General Majed Faraj. Faraj himself has learned of this attempt only recently.


A classified Palestinian document obtained by TPS reveals information the Palestinian General Intelligence has about Hamas’ plan to launch an intelligence war against the PA, including in Jerusalem. Hamas has managed to recruit a number of people within the PA intelligence system with the purpose of sowing disinformation within the security service and reporting to their Gaza handlers about the intelligence they have collected.

The document also raises the possibility that Hamas’ double agents are operating in Jerusalem, within the framework of their actions for the PA.

The document states that Hamas is working to infiltrate the top echelon of Palestinian intelligence by extorting senior officers and judges, especially those who have relatives in the Gaza Strip and can be blackmailed through pressure on their relatives.

The document further reveals that Hamas’ plans include the operation of dormant cells that will act against Israeli targets when called upon, the exploitation of disputes and personal struggles between senior PA officials, and the creation of anarchy in the Authority.

Hamas is also pushing for openness towards Russia, Turkey, Iran, Mauritania, and Malaysia within the PA.

The document shows that Hamas operates a PA officer who was recruited after the terror group, which rules Gaza, made threats against his brother, who was arrested by Hamas for transferring money to PA authorities in the Gaza Strip.

Another officer controlled by Hamas is a senior military officer. He recruited his wife, who is a clerk in Jibril Rajoub’s office, and his brother, who is close to Tawfik Tirawi, the former head of intelligence.

The missions carried out by the Hamas-planted intelligence agents included the gathering of information about the head of the PA intelligence, General Majed Faraj, who is likely to succeed PA head Mahmoud Abbas. The information they collected pertains mainly to business and economic information that can be used against Faraj. His assets were mentioned in the document.

The fate of those involved in the conspiracy has yet to be revealed. 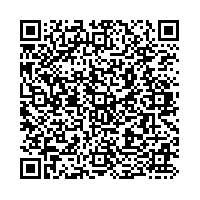