As Palestinian Authority leader Mahmoud Abbas takes the podium at the United Nations, it is important to remember that this man is a world leader in supporting terrorists.


The latest terrorist Abbas has chosen to honor specifically is Nasser Awais, a Palestinian serving 14 life sentences plus 50 years for murdering 14 people, including a baby and an Israeli Border Guard Police officer.

Abbas decided to raise Awais to the rank of “major general” as “a sign of appreciation for his struggle and sacrifice for the homeland.” [Official Fatah Facebook page, Sept. 9, 2018]

Announcing Abbas’ decision to promote Awais, the Fatah Movement mentioned among Awais’ accomplishments that he “established the Al-Aqsa Martyrs’ Brigades in a direct appointment by [former PA] President Yasser Arafat.”

The United States, Canada, the European Union and other countries have declared the Al-Aqsa Martyrs’ Brigades a terror organization. The Brigades is responsible for the deaths of hundreds of Israelis in suicide bombings.

Fatah glorified murderer Awais further by stating that “all of the ranks are small for your stature and the stature of the giants of the struggle.” Fatah ended with blessing Abbas’ decision as “serving the national path.”

In addition, besides being the chairman of both the PA and Fatah whose glorification of terrorists Palestinian Media Watch has documented in depth, Abbas now also heads the Palestine National Fund – the organization that pays salaries to imprisoned terrorists for the PA, and which Israel has declared a terror organization. 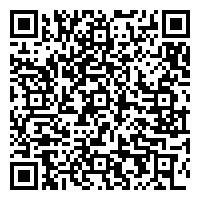