The names of the following Israeli cities and regions are written in the colors of the Palestinian flag on and around the map: “Haifa,” “Jerusalem,” “Safed,” “Nazareth,” “Jaffa,” “Tal Al-Rabia (i.e., Tel Aviv, see note below),” “Tiberias,” “Be’er Sheva,” “Ramle,” “Ashkelon,” “the Negev,” “Lod,” “Acre,” and “Beit Shean.” “Gaza” is also marked. The text on the image, states that Palestinians will “return”:
“#Good_morning #The_Palestinian_Presidential_Guards”
“Palestine We will surely return”

Another Palestinian Authority way of saying that all of the State of Israel is “Palestine” is to describe it as stretching “from the Jordan River to the Mediterranean Sea.” This is one of the PA’s popular slogans. Recently it was repeated by a university lecturer who described the “great Palestinian dream.”

The Rector of Al’Istiqlal University in Jericho (the Palestinian Academy for Security Sciences), Saleh Abu Osba, said on The Voice of Palestine, the Palestinian Authority’s official radio station, on September 13, 2018, “I always say that life without dreams is empty. As I see it, we the Palestinians have a great dream before us: To liberate Palestine from the [Jordan] River to the [Mediterranean] Sea.

“This dream will remain before us and requires of us willpower. Our people’s willpower is strong. The proof of this is the thousands of prisoners and the thousands of martyrs who have fallen to realize the dream of liberating Palestine,” Abu Osba added.

Palestinian Media Watch has documented endless examples of PA and Fatah denying Israel’s existence or right to exist in any borders. On November 1, 2018, this was taught to children on the program, “The Best Home,” broadcast on official PA TV. A girl recited a poem stating that “a Zionist stole the land of Palestine.”

Upon hearing this and the rest of the poem, which encouraged Palestinians to “rebel” and “shoot” to be “victorious,” the PA TV children’s host responded, “We are returning. Soon, Allah willing, we will return to our land . . . “ 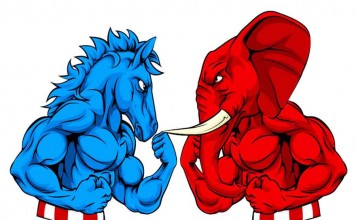