The Palestinian Authority has begun to hide sensitive documents as it braces for possible violence if Israel applies sovereignty over the Jordan Valley and parts of Judea and Samaria, according to Israeli media reports on Tuesday.

The Palestinian leadership directed its security forces, the Muhabarat, to hide documents in at least two cities, according to Channel 12.


The last time such a directive was given was in September 2000, the beginning of the Second Intifada, a violent Palestinian uprising that lasted from 2000 until 2005.

Palestinian sources say the move is preparation by the P.A. for a deterioration in the security situation following the application of Israeli law in Judea and Samaria and the Jordan Valley under the aegis of the U.S. “Peace to Prosperity” plan.

Israeli Prime Minister Benjamin Netanyahu has said he will begin to implement the plan to apply Israeli law to Jewish communities in Judea and Samaria starting on July 1. 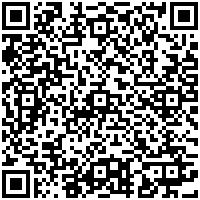