A number of senior Palestinian Authority (PA) and Fatah officials are seeking to replace Saeb Erekat, who served as head of the PLO’s negotiating department and as secretary-general of the organization’s executive committee.

Erekat died of the Coronavirus (COVID-19) in an Israeli hospital last week.


A source in Ramallah told TPS that the leading candidates are Colonel Majed Faraj, the head of PA’s intelligence, and Dr. Mohammad Shtayyeh, the PA’s prime minister.

Another third person who has a good chance is Ruhi Fatuh, a senior Fatah figure who headed the PA parliament and replaced Yasser Arafat after his death for two months before Mahmoud Abbas was elected to the post.

A source in Fatah said that Abbas has a great deal of confidence in Fatuh, but his chances are good mainly due to him being a weak person who does not threaten any of the forces in Fatah.

A security source in Ramallah said that Hussein A-Sheikh, a senior Fatah figure and minister in charge of civil affairs and coordination with Israel, is keeping an eye on the coveted position, but a series of procedural issues and opposition within the Fatah Central Committee are preventing his appointment.

Abbas recently held an extensive round of appointments at the top of the PA’s intelligence service, a move perceived as the preparation for Faraj’s appointment.

In addition, the return of Dr. Rami Hamdallah to the post of PA prime minister, a position he previously held, was also examined to allow for the appointment of Shtayyeh for the position of head of the negotiating department and secretary-general of the PLO executive committee.

An attempt at reconciliation between Hamdallah and Faraj, intended to pave the way for the new appointments, failed. There has been a personal conflict between the two since the incident in which the two were the subject of an assassination attempt in the Gaza Strip in March 2018.

Abbas is currently awaiting the inauguration of a new US president to approve the appointment of one of the two candidates, and Mahmoud al-Aluul, Abbas’ deputy in Fatah, is expected to accept the appointment if changes occur that would prevent Biden from serving as the US’ president.

Some sources claim that tensions in Fatah are rising with the death of Erekat and ahead of the announcement of his replacement, as some of the candidates may change the balance of power in the organization. 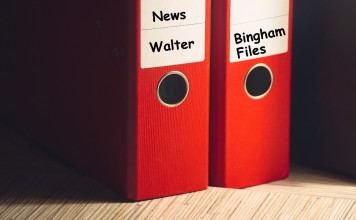