The United Nations must “review Israel’s status as a law-abiding member” of the world body by declaring its “occupation as illegal,” said Michael Lynk, the UN rapporteur for Palestinian human rights, as he called for the international community to adopt new measures against the Jewish state, at a UN press briefing last week.

What if, “all of a sudden Israelis wanting to travel abroad needed to have visas [or if] Israel wouldn’t get preferential trade agreements with the EU?” Lynk threatened. “What if the many forms of military, economic or academic cooperation with Israel would now end?”


Lynk was challenged repeatedly by journalists in the wake of a UN Watch letter, released ahead of his press conference, documenting how his biased mandate systematically ignores Palestinian Authority and Hamas torture and arbitrary arrest, and Palestinian stabbings, car ramming attacks and shootings committed against Israelis.

The letter cited precedents to demonstrate how Lynk could address Palestinian abuses even though his mandate from the U.N. is to “investigate Israel’s violations.”

For example, former rapporteur John Dugard reported on the PA’s misuse of the death penalty, suggesting it would be “irresponsible” for a UN human rights official to ignore it. And former rapporteur Hannu Halinen cited PA torture, and called for his one-sided mandate to be reformed.

Lynk told the reporters he was “unaware” that he, too, could cite violations committed by Palestinians – although UN Watch has been sending him reports and letters to this effect repeatedly. 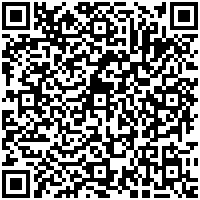