A few hundred Israelis gathered in Ramallah on Thursday night to mark the United Nations’ International Day of Solidarity with the Palestinian People.

The assembly was comprised of extreme left-wing activists, Arab-Israeli officials and a small group of Hassids from the anti-Zionist Neturei Karta sect.


For close to four hours, Palestinian Authority (PA) officials and other dignitaries addressed the gathering, including Fatah Central Committee secretary-general Jibril Rajoub, former Meretz party leader Mossi Raz and Neturei Karta leader Rabbi Meir Hirsh, who was booed by the Israeli left-wingers after he denounced the State of Israel.

Hirsh condemned the US for its recent announcement that Israel’s presence in Judea and Samaria is not illegal according to international law, and then decried the existence of Israel in its entirety.

The left-wingers, who consider themselves Zionists, jeered Hirsh for his anti-Zionist statement, and Hirsh’s followers responded with their shouts calling the Israelis “stinking left-wing liars” who “caused the massacre,” presumably that which the Israelis allegedly committed in 1948.

A PA official attempted to mediate between the two sides and silence them, as a general sense of embarrassment was felt in the room. 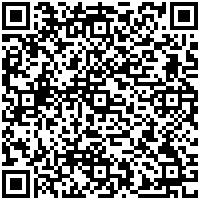