Firefighters in Duluth, Minnesota got the call at 2:20 am Monday and they worked all through the night, but they were unable to save the city’s historic Orthodox Adas Israel Congregation Synagogue though they spent long hours pouring water on the century-old building.

Miraculously, the congregation’s five Torah scrolls somehow survived; they were waiting in the basement as firefighters went through the smoking ruins of the oldest-surviving Modern Orthodox house of worship to bring them out, to the relief of its heartbroken members.

A member of the congregation brought his pickup truck to carry the Torah scrolls – carefully wrapped individually in black plastic bags by the firefighters — plus works of art and other artifacts that were salvaged from the stone basement.

The remnants of the overnight fire at the Adas Israel Congregation in downtown Duluth. Firefighters remain on scene as of 7:30 a.m. surrounding streeets are closed off to traffic. pic.twitter.com/QrjV6cqmRt

The synagogue building, constructed of wood, had collapsed all too easily once the flames got going. The embers was still smoldering past 10 o’clock in the morning, neighbors said.

One firefighter had to be rescued from the balcony level, according to Fox 9. The Jewish Community Relations Council of Minnesota and the Dakotas said it is working to establish an emergency fund.

“This has been a cultural icon for as long as I can remember,” longtime resident Joel Heller told the Duluth News Tribune.

Temple Israel president Rob Shamblott called the synagogue leadership to offer space for services: the start of the Jewish High Holy Days are less than a month away. The Jewish community in Duluth is small and everyone knows each other: it’s a community that dates back at least to the 1890s.

11 hours after the fire call came in, crew still pour water on Adas Israel Congregation, a synagogue that has stood in downtown Duluth since 1901. pic.twitter.com/nv3wxCbgDn

The cause of the fire is under investigation, not only by the city’s police and fire departments, but also by the US Bureau of Alcohol, Tobacco, Firearms and Explosives as well. “Certified Fire Investigator and other ATF special agents are responding to a synagogue fire in Duluth, Minn., this morning,” said the Bureau in a tweet. “More details to follow as they become available.”

Steve Hunegs, executive director of the Jewish Community Relations Council of Minnesota and the Dakotas noted in a statement that the Congregation dates back to the late 1800s and the building’s cornerstone was laid in 1901. 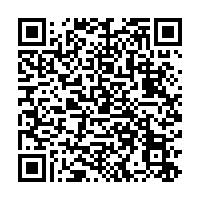