President Reuven Rivlin got a special surprise Monday during a visit to the IDF Commando Brigade: he was given a surprise birthday party at the Beit Lid Army Base.

After meeting with the commanders of the division and hearing comprehensive reviews of its abilities, the president met and spoke with special forces soldiers from the Egoz, Maglan and Duvdevan units.


The president was then accompanied by IDF Chief of Staff Lt. Gen. Aviv Kohavi and GOC Central Command Maj. Gen Nadav Padan to be welcomed with enthusiastic singing to mark his birthday, along with video messages sent by men and women from across the IDF.

The entire IDF Commando Brigade celebrated the president’s birthday with best wishes, singing and even a cake, after which the Chief of Staff presented the president with spectacular photo album, with 80 pictures of his visits to the IDF, to mark the number of years he is celebrating.

The president thanked everyone, and also thanked them all for the warm reception his late wife Nechama ז”ל always received from the soldiers and commanders, and said with a sad smile: “I think that if Nechama could see that, she would say to herself that if so many soldiers are sending me best wishes, maybe I’m a pretty good guy.

“There is nothing more thrilling than to celebrate your 80th birthday with the youngest and most daring brigade in the army. With you, I feel safe and young,” said the president.

“In Pirke Avot (the Ethics of the Fathers), it says ‘80 years old for heroism.’ But you, you are the real heroes. You are the iron fist of the IDF and of the State of Israel.

“”The challenges we face today, in recent months and particularly in the past few weeks, in the north and in the south, are intensifying. I know that the Commando Brigade has played a significant part in IDF operations recently. As it has been, I’m sure it will be in the future too,” he said.

“”As you commandos say, ‘breathing down your enemies’ necks’. We are ready and don’t want to show just how prepared we are. Israel will continue to react forcefully and aggressively against any attempt to undermine the security of its citizens.” 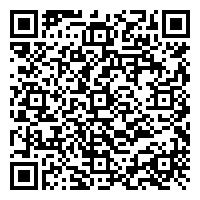