Forget 2012, Sarah Palin must think she’s headed to the White House even sooner.

How better to explain the former Alaska governor and GOP vice-presidential candidate’s eyebrow-raising comments a few weeks back, when she defended Israeli settlements on the basis that “more Jewish people will be flocking to Israel in the days and weeks and months ahead”?


After all, it’s hard to think of anything else more likely to convince American Jews to pack their bags for Israel than Palin taking up residence in the White House.

And that’s just based on what Jewish conservatives are saying about Palin, who remains the focus of intense public interest as her autobiography tops the bestseller lists and she begins a new career as a FOX News commentator.

Jennifer Rubin, who generally blogs and writes for Commentary about the perceived dangers of the Obama administration, has a story in this month’s issue headlined “Why Jews Hate Sarah Palin.”

The piece drew a swift rejoinder from former Bush administration aide David Frum, who rejected Rubin’s sympathetic take on the GOP presidential hopeful and argued that Jews would hardly be alone in not liking Palin.

The debate echoes wider fights among Republicans and conservatives, not only about Palin but also the future of the GOP.

“If one were to invent a political leader designed to drive liberal, largely secular, urban, highly educated Jews to distraction, one would be hard pressed to come up with a more effective figure than Palin,” Rubin wrote in her Commentary article.

Jews more than any other group, she asserted, fall in the camp of liberals and conservatives who see Palin as “uncouth, unschooled, a hick, anti-science and anti-intellectual, an upstart, and a religious fanatic.”

Rubin also theorized that Palin’s personal life made her “alien to American Jews,” whether it’s her interest in hunting and guns or her decision to have five children and go through with her final pregnancy after learning that she was having a baby with Down syndrome.

In addition, Rubin argued, Palin’s being viewed as “more sexy and athletic” didn’t sit well with Jewish women, who have grown accustomed to admiring female politicians who are “modest to the point of frumpiness in appearance and professional style.”

Frum, who served as a White House speechwriter and had been widely credited for helping to coin the term “axis of evil,” responded with a blog post challenging Rubin on several fronts, starting with the premise that Jews stand out in their dislike for Palin.

“The sole evidence she cites on behalf of her assertion [that Jews hate Palin] is a September 2008 poll in which Jews disapproved of Palin by a 54-37 margin. That does not look like foaming hatred to me, and anyway those numbers are now 15 months out of date,” Frum wrote in a blog post on his website, Frum Forum.

“Besides: Lots of people dislike Sarah Palin. Palin excites intense support among a core group of conservative Republicans. Beyond that base, she is one of the most unpopular figures in modern American life. She polls poorly among the young, among women, among independents. A plurality even of Republican women regard her as unqualified for the presidency.”

Frum also noted that Jews have been fond of politicians with larger families than Palin’s (Bobby Kennedy) and ones from humbler beginnings (Bill Clinton). He did, however, say that a major problem for Palin among Jews is “that they – we – doubt her intellectual capacity for the job.”

But Palin’s biggest problem in winning Jewish support, Frum speculated, is that she divides “her fellow-Americans into first class and second class citizens, real Americans and not-so-real Americans.”

“To do her justice, she has never said anything to suggest that Jews as Jews fall into the second, less-real, class,” Frum added. “But Jews do tend to have an intuition that when this sort of line-drawing is done, we are likely to find ourselves on the wrong side.”

Palin’s defenders, including Rubin, say that the Alaskan politician has only defended herself against unfair attacks from liberal and coastal elites.

Still, Rubin said in the conclusion of her article, Palin needs to take several steps if she hoped to expand her base and make inroads into the Jewish community.

Palin’s staunch support for Israel is a major plus but, Rubin wrote, she “must accept the obligation to speak with authority and command about pressing public-policy issues. She will have to make voters comfortable with the idea that she is neither ignorant nor lacking in intellectual agility.”

Rubin concluded that Palin must not only castigate her elitist critics, but “must also demonstrate that she can go toe-to-toe with them in articulating positions on the issues that all candidates are expected to address.” (JTA) 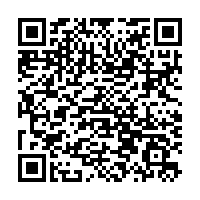