It is possible that the residents and mayor of the small town of Uman, Ukraine believed that with a simple Sept. 1-28 border closure they would be able to prevent Orthodox Jews from reaching the grave of their beloved Hasidic leader, Rebbe Nachman of Breslov, this year for the annual worldwide pilgrimage that takes place for the High Holy Days of Rosh Hashana and Yom Kippur.


Dozens of Jews have already arrived from abroad in Uman, home to the tomb of the 18th century Torah sage and founder of the Breslov Hasidic movement.

Tens of thousands of Jews from around the world stream each year to the site, including at least 30,000 from Israel alone, to pray at the grave of the holy rabbi.

But the danger of contagion from the COVID-19 pandemic initially outweighed all other considerations, economic, religious and otherwise, leading the governments of Ukraine and Israel to unite on an agreement to ban the pilgrimage for the sake of health.

That didn’t stop dozens of determined Hasidic Jews who arrived early – in August – to beat Ukraine’s border closure, which blocks the arrival of foreigners until after September 28.

Ukraine officially closed its borders this past Friday night, but not before “dozens” of Jewish pilgrims had managed to arrive in Uman.

And as also happens each year when Jewish foreigners arrive, there were clashes with the locals, who are not particularly welcoming to foreign Jews.

Social media was rife with videos showing crowds of angry locals on Friday before dawn, confronting Jewish foreigners who were attempting to enter the apartments they had rented. The footage showed they were being pushed and shoved by residents trying to stop them from entering, screaming at them in Ukrainian, telling them to “get out,” and that they were “acting dangerously.”

This past Monday evening, an Orthodox Jewish man was punched in the face at a local Uman supermarket while leaving the store with a friend, according to a Facebook post written by the head of the United Jewish Community of Ukraine, Michael Tkatch. Two Ukrainian men approached the Jewish shoppers; one of them hit the victim in the nose, causing some bleeding. The attacker and his friend then fled the scene.

Local police are investigating to determine whether the incident was fueled by anti-Semitism.

COVID-19 Another Issue for Pilgrims and Locals
Violence is not the only issue; nor does it exist in a vacuum: along with the issue of possible coronavirus contagion from the huge number of people gathering together to pray at the tomb of Rebbe Nachman for Rosh Hashana (which begins Sept. 18) and Yom Kippur, and tensions that rise due to interactions with the local population, at least one early arrival may have brought along another headache.

Uman Mayor Oleksandr Tsebriy announced this past weekend that one of the Jewish pilgrims who arrived last month was infected with COVID-19, the Hebrew-language N12 television news channel reported.

As of August 31, Ukraine was contending with a total of 2,495 newly diagnosed cases of COVID-19 in the country. Since the start of the pandemic, at least 126,000 people in Ukraine have been infected with the novel coronavirus; 2,656 Ukrainians have died from the virus.

However, in Cherkasy Oblast, where Uman is located, there have been 1,594 cases of COVID-19, and 38 people have died; 986 people have recovered from the virus. The area was seen as one of the relatively healthiest in the country, and the city of Uman desperately wants to keep it that way.

Tsebriy said in his announcement that the “situation in Uman has become much worse” and that he intends to do “everything he legally can” to block off the entire city, adding that he does not believe the signed declarations carried by the Jewish pilgrims, stating they are healthy and have not been in contact with anyone sick.

Last Friday, he noted the violent clashes between locals and Jewish foreigners but excused the violence, saying the locals who participated in the clashes do not represent the general population. Tsebriy said, however, that the city’s residents fear the spread of the coronavirus, and they don’t want the Jewish foreigners to enter.

Israel, US Contending with Pressure
This news came on the heels of Sunday’s decision by Prime Minister Benjamin Netanyahu to form a team to “weigh the possibility of a tentative proposal for traveling to Uman under strict restrictions of the Ukraine authorities.” The team, to be headed by Likud minister Ze’ev Elkin, is to include Health Minister Yuli Edelstein, Foreign Minister Gabi Ashkenazi, Interior Minister Arye Deri and Science Minister Izhar Shay.

Israel’s Coronavirus Czar Prof. Ronni Gamzu has come out strongly against the pilgrimage and has also warned that returning travelers could spread COVID-19 among Israeli citizens. But Israel appears to be reconsidering its stance.

Israel is not the only source of pressure Ukraine faces on this issue. Jews in the United States are also making a concerted effort to get to Uman as well, and legislators are doing their part to help them.

Republican South Carolina Congress member Jeff Duncan has been collecting signatures in the House of Representatives on a letter to Secretary of State Mike Pompeo, asking the Trump administration to pressure Ukraine into allowing Jews to make the pilgrimage to Uman.

The letter, obtained by the Jewish Insider news outlet, requests that Pompeo “consider advocating on behalf [of] a group of American citizens who find this annual pilgrimage extremely important.” Pointing out that the Ukraine border closure has exceptions for “students, diplomats, and . . . “ several other groups, the letter suggests the “Ukrainian government could add a limited religious exception allowing for a small fraction of the regular attendees (not to exceed 2,000 people) to enter the country for a total of five days.”

A fire broke out at the “Old Uman Jewish Cemetery” on Monday, according to Ukrainian news outlets quoted by the English edition of Israel Hayom, damaging some of the headstones.

It is not clear how the fire got started, although authorities said it might also have ignited due to the “extreme hot weather.” Nevertheless, they did not rule out the possibility of arson.

The blaze, extinguished by firefighters, fed off the large quantities of dry brush in the cemetery, according to the reports. 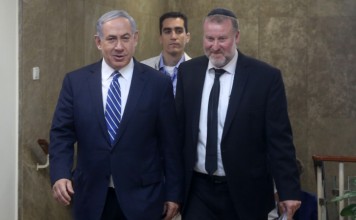 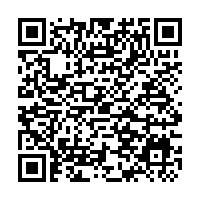