Philanthropist Paul (Moshe) Reichmann, considered the greatest financial supporter of the Torah world, passed away last Friday. He was 83.

Together with his brothers, Edward, Ralph and Albert, he founded the Olympia & York building and property development firm, which by the mid-1980s was the largest developer in the world, and the Reichmanns were one of the world’s richest families.


Reichmann used much of his fortune to support Torah study and observance. In Toronto, he built a number of schools and synagogues which became the center of a thriving Orthodox community.

The Reichmann family donated up to $50 million a year to yeshivas, synagogues and hospitals around the world, according to The New York Times.

All of Olympia & York’s construction projects halted on the Sabbath and all Jewish holidays as well as Christian ones. The company paid overtime for workers on Sundays.

Olympia & York ran into severe trouble in the early 1990s, when London’s Canary Wharf project, the world’s largest property development, remained half empty. In 1992, as Olympia & York collapsed under some $20 billion in debt, Paul Reichmann lost most of his family fortune, though he later regained some of it.

Reichmann was born in Vienna in 1930, two years after his family left Hungary. The family later fled to Paris when Germany annexed Austria, and then to Morocco.

After studying in yeshivas in Britain and Israel, Reichmann worked from 1953 to 1956 as the unpaid educational director of Ozar HaTorah, which runs Jewish day schools.

He and his wife moved to Toronto in 1957, where he joined the family’s Olympia Tile, which later became Olympia & York.

The company built nearly 100 buildings in the Toronto area during its first 15 years of operation.

Reichmann purchased eight Manhattan office buildings in 1977 for more than $300 million; 10 years later they were worth $3 billion. In 1980, the company was tapped to build the World Financial Center in New York. 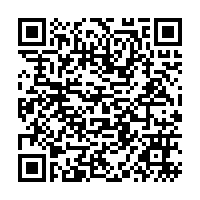