A Manchester dayan urged a Stamford Hill, London, gathering not to give in to demands by Ofsted on teaching about LGBT matters in Jewish schools.

Dayan Gavriel Krausz, formerly head of the Manchester Beth Din, who spoke to the meeting by phone link, told The Jewish Press: “I told them that they have to be strong and not give in to what they ask us to do. We don’t teach our children these kinds of things. Whatever the consequences, we must not capitulate, but continue to stand for what we have believed in for thousands of years.”

A Manchester Lubavitcher was saved from drowning in Huddersfield the other week. Yisroel Goodman, who works in an Oldham abattoir, told the Jewish Telegraph, “It was a really hot day and, as I had been doing some really heavy lifting in the morning, I felt like taking a dip.

“I went on Google, found this reservoir, and took a train over to Yorkshire.”

Goodman began swimming but then suddenly felt his body shutting down and began shouting for help. Thinking he was about to die, Goodman began to pray. Luckily, his shouts were heard by local, Alex Napier, who saved his life. Goodman, who began vomiting the water he swallowed once on dry land, was taken to Huddersfield Royal Infirmary for observation for a few hours.

His sister Esty Bruck put out a Facebook search for her brother’s savior, who responded. They are planning to meet so the Goodman family can thank him.

A woman, who received her get after 15 years of waiting, is appealing for more help for agunot and those suffering from mental health problems.

Esther and her chassidic ex-husband Shmiel Kahan were married in 1993. They later divorced civilly, but Shmiel refused to give his wife a get despite the efforts of three batei din. In 2015 the London Beth Din distributed leaflets to London synagogues, calling Mr. Kahan’ behavior abhorrent, but he wouldn’t budge.

Esther finally received her get when she caught sight of her ex in London, where he had returned after living in Williamsburg, NY. She asked a friend to contact Shmiel, who demanded £50,000 for the get, a sum she raised within three days.

Mrs Kahan told the Jewish Weekly: “I went through the usual channels to try to compel my former husband to give me a get, but was thwarted each time by Mr. Kahan, who asked for vast sums of money in return, or near impossible conditions. I did not feel there was much of a sense of urgency by those in authority to resolve my predicament.”

She added: “I am scarred for life because of what happened to me. I didn’t get the support I needed. That is why I now help others, mainly women and teenagers, facing mental challenges. Other divorced women are suffering every day. I hope that telling my story will give them hope that one day they will all be released from their wretched situations. Only rabbanim can make that happen.”

The first six months of this year saw the highest number of anti-Semitic incidents ever recorded for this period by the UK’s Community Security Trust.

The 892 incidents represent a 10 percent rise on those recorded in the same period last year. More than 100 incidents were recorded per month, with the highest totals in February and March when anti-Semitic issues peaked in the Labour Party as several MPs left the party.

Board of Deputies president Marie van der Zyl said, “The report shows a 46 percent rise in incidents of anti-Jewish racism on social media and over 100 were specifically related to alleged anti-Semitism within the Labour Party.

“This makes shameful reading for the party’s leadership. They must finally take the steps required to rid their party of this appalling racism. Defeating the evil of anti-Semitism will take a concerted effort by the country’s political leadership and civil society to ensure that this country remains a safe and happy place for the Jewish community.”

A Chabad mikveh in South Manchester was destroyed by flash floods, which brought a month’s rain in 24 hours to Cheadle last Wednesday, causing the Micker Brook tributary to overflow its banks.

Rabbi Peretz Chein, his rebbetzen Chavi, and their children live in the Chabad House, just in front of the brook. The mikveh was behind the house in a converted double garage.

As the water began to rise, the Cheins followed instructions to leave their property, to which they were only able to return on Sunday. They found the mikveh totally destroyed and their home partially so.

However, their community have rallied around in a massive clean-up operation and have so far raised approximately $15,000 towards rebuilding the mikveh.

Rabbi Chein told The Jewish Press, “We have had amazing donations. There has been an overwhelming outflow of kindness.” 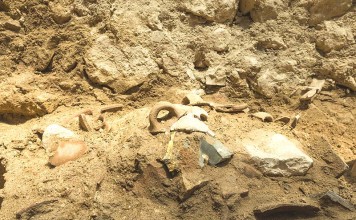 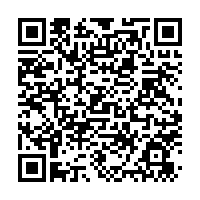