The Board of Deputies paid tribute to Prime Minister Theresa May as the prime minister announced her resignation last week.

“We sincerely thank Theresa May for being a true friend to the Jewish community during her time in office,” said its president, Marie van der Zyl. She went on to list a series of pro-Jewish steps May took during her three years in office, including adopting the IHRA definition of anti-Semitism, banning Hezbollah, increasing Jewish security funding, opposing anti-Israel bias at the UN Human Rights Council, making plans for a Holocaust memorial, and signing a post-Brexit trade agreement with Israel.


Two days before May’s resignation, on BBC’S Newsnight, former Chief Rabbi Lord Jonathan Sacks decried the current political mood in the UK and Europe, which he described as “bad politics – politics of anger, looking for a victim.”

May resigned after failing to produce a Brexit deal favorable to Parliament.

Sacks predicted, “What can’t be solved by insight and imagination will be solved by exhaustion. People will in the end agree to something that nobody is terribly enthusiastic about. No solution is going to be benign and utopia.”

The front-runner in the Conservative Party race to succeed May as England’s next prime minister is Boris Johnson. Johnson has Jewish roots. His maternal great-grandfather was Jewish, Elias Avery Lowe of Moscow and Vilna, and his step-grandmother, Lois Sieff, was the sister-in-law of WIZO founder Rebecca Sieff. Lois was married to Marks & Spencer chairman Edward Sieff, the brother of Zionist pioneer Israel Sieff.

After Johnson graduated from Oxford University, Mrs. Sieff arranged for him to spend time on Kfar Hanassi Kibbutz.

As mayor of London in 2015, Johnson annoyed Palestinians who called off meetings with him on a trade tour after he described BDS supporters as “corduroy-jacketed lefty academics.” More recently, Johnson sided with the United States in accusing the UN Human Rights Council of anti-Israel bias.

Johnson, however, is a firm believer in a two-state solution, demanded an investigation into the recent killings in Gaza, and protested against the United States moving its embassy in Israel to Jerusalem.

Another contender for leader of the Conservative Party is Dominic Raab, the son of a Czech Jewish refugee who escaped to the UK with his family in 1938.

The “personal message from the heart to our fellow Yidden” described the right-wing Robinson as “a staunch, positive friend to the Jewish people standing up for us many times, both here and in Eretz Yisroel.”

Moshe Chaim Rowe, one of the people responsible for the letter, told The Jewish Press before last weekend’s election, “[Robinson] has regularly stood up in quite right-wing circles and always made sure to praise Israel and the Jewish people when people who have a nationalist or right-wing point of view could very easily have taken the opposite point of view. He is not anti-Jewish in any way.”

During his campaign Robinson regularly dined at Ta’am, a Manchester kosher restaurant, accompanied by many Orthodox supporters. Some diners walked out of the restaurant when they saw Robinson. Robinson was also not made welcome at Manchester’s communal Yom HaAtzma’ut celebration.

Michael Rubinstein, chair of the Manchester council’s Human Rights, Racism & Anti-Semitism Committee, said about the pro-Robinson leaflet: “Tommy Robinson is openly racist attacking the immigrant community and in particular Muslims. He wraps himself in the Israeli flag and a tiny number of Jewish people believe that this indicates support for the Jewish community and for Israel.”

Robinson did not make it into the European Parliament, securing only 2.2 percent of the vote.

Swastika Target Will Head to Parliament

The owner of the London smoked salmon company that was recently daubed with a massive swastika was elected a member of the European Parliament at last weekend’s Euro election.

Lance Forman recently left the Conservative Party for the newly-created Brexit Party. The son of a Holocaust survivor, he describes himself as “quite Orthodox.”

A Labour MEP (European Parliament member) for 19 years announced her decision to leave the party late last week. The non-Jewish Mary Honeyball, who represented London from 2000, gave as one of her reasons for quitting “the anti-Semitism currently infecting the Labour Party” which she blamed on the “Labour leadership’s animosity towards Israel.”

The previous week non-Jewish Bridget Prentice, an MP for Lewisham East from 1992-2010, also quit the party over its anti-Semitism, as did non-Jewish Labour Party North West regional director Sheila Murphy.

England Gets Its First Rabbi-Mayor

Rabbi Alan Plancey, the former rabbi of London’s Borehamwood and Elstree Synagogue, believes he is the first rabbi to become an British mayor. Conservative councillor Rabbi Plancey was elected to be the mayor of Herstmere earlier this month.

He told the Jewish Chronicle, “It is important – especially when anti-Semitism is on the rise and there is so much negativity around. I want to show the positive impact the Jewish community can have on society. As a councillor and rabbi, I have made friends across the borough from all different backgrounds.” 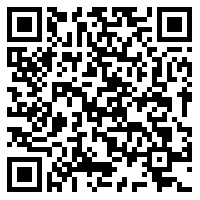