“President Mahmoud Abbas has awarded the Order of the Star of Jerusalem to Professor Michael Lynk, presented by Foreign Minister Dr. Riad Al Malki in Dublin,” tweeted the PA embassy in Ireland on Sunday, along with a photo.


Lynk ended his term as Special Rapporteur only last week, after a six-year term. He was appointed by the UN Human Rights Council in 2016, despite objections by the Canadian government about his lack of impartiality.

“For the past six years, we documented how Lynk was acting not like an impartial UN investigator, but rather like an agent for the PLO,” said Hillel Neuer, executive director of UN Watch. “He turned a blind eye to Hamas and Fatah terrorism, and demonized Israel. Lynk insisted he was impartial, but now he isn’t even pretending anymore.”

“It is repulsive that Lynk accepted this award from Mahmoud Abbas at a time when his Fatah group participated in and praised the latest spate of Palestinian terrorist attacks that have killed 19 people in Israel,” he added.

UN Watch says that Lynk’s acceptance of an award from one of the parties in a dispute that he was judging for the UN until last week “sets a dangerous precedent.”

“The entire credibility of the UN’s system for country investigations is at stake. If the UN investigator of Palestine can get an award from Palestinian President Abbas, what is to stop the UN investigators on Iran, Belarus and North Korea from accepting awards from Ayatollah Khamenei, Lukashenko and Kim Jong-un?” asked Neuer.

“The UN human rights system is turning into a laughingstock, and dictators like Abbas, now in the 18th year of his 4-year term, get to corrupt the system,” he charged.

He called on Thomas-Greenfield and High Commissioner Bachelet to “speak out immediately, to condemn Lynk’s ethical breach, and to demand that he return the prize.”

The organization noted that although it is rare for Canada to criticize UN appointments, Canadian Prime Minister Justin Trudeau’s government slammed Lynk’s appointment in 2016, saying that UN Special Rapporteurs needed to have a “track record that can advance peace in the region,” and to be “credible, impartial and objective.”

In his application, Lynk failed to disclose his leadership role in three pro-Palestinian lobby groups, including the National Council on Canada-Arab Relations, where he lobbied against Canada’s free trade agreement with Israel; the Canadian-Palestinian Education Exchange, which organizes “Israeli Apartheid Week” events; and Friends of Sabeel. 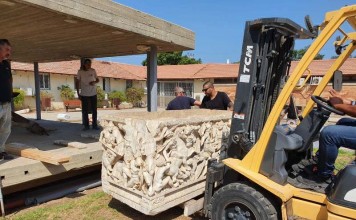 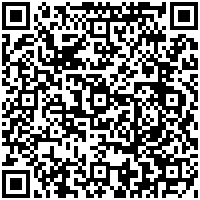