The Zaporizhzia nuclear power plant was seized by Russian forces last week. A building at the site was hit by a Russian missile and went up in flames during the capture of the plant.


The International Atomic Energy Agency said the cause of the disruption was not clear and said the status of the equipment was “uncertain.”

The operator at Zaporizhzhia informed the IAEA earlier that two of its four external high-voltage power lines were damaged in the attack by Russian forces, so only two power lines were currently available.

The plant only needs one power line, however, and there is also a fifth line on standby plus backup generators, the agency said.

The cooling system for one unit’s transformer was damaged during the Russian assault on March 4, and was undergoing emergency repair, the IAEA said, adding, “These recent developments added to the IAEA’s growing concerns about the safety, security and safeguards impact of the conflict in Ukraine on the country’s nuclear facilities.”

Just a day earlier, the IAEA said that contact with monitoring systems had been lost at the Chernobyl nuclear plant, captured last month by Russian forces.

Both sites are under the control of Russian forces and being operated in conditions the IAEA says endanger the safety of the facilities.

IAEA chief Rafael Grossi is “concerned about the sudden interruption of such data flows to the IAEA’s Vienna headquarters from the two sites, where large amounts of nuclear material are present in the form of spent or fresh nuclear fuel and other types of nuclear material,” the IAEA said in a statement quoted by Reuters.

Gross was slated to travel on Thursday to the Turkish city of Antalya, where Russian and Ukrainian foreign ministers are scheduled to meet, in hopes of holding a trilateral meeting with both sides about ensuring the safety of Ukraine’s nuclear power plants. 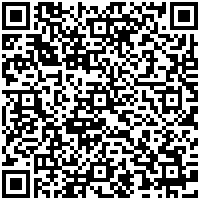