The United States and Israel voted against the United Nations 2021 budget during the conclave of the world body’s General Assembly this week – a vote usually passed by consensus.

Among the reasons cited by US Ambassador to the UN Kelly Craft for her nation’s opposition was a line in the UN budget to fund an event marking the 20th anniversary of the 2001 Durban Declaration and Program of Action (DDPA).


The US has for years opposed the Durban Declaration, citing concerns that it is anti-Israel and anti-Semitic. There is a passage in the text (see page 13, items 63-65) that bluntly says, “We are concerned about the plight of the Palestinian people under foreign occupation” and another which just as bluntly supports the so-called Arab ‘Right of Return’ that has stymied negotiations for decades. “We recognize the right of refugees to return voluntarily to their homes and properties in dignity and safety and urge all States to facilitate such return.”

The Palestinian Arabs are the only ones in the entire world who are still recognized by the United Nations as “refugees” in the generations after leaving their homes prior to and during wartime. There were fewer than 800,000 original Palestinian Arab refugees; today according to the United Nations Relief and Works Agency (UNRWA) there are more than five MILLION living in the Arab nations surrounding Israel, as well as in Gaza and the Palestinian Authority.

“Today this body is poised to adopt a budget that reflects such an accommodation that extends a shameful legacy of hate, anti-Semitism, and anti-Israel bias. The United States rejects this effort and called for this vote to make clear that we stand by our principles, stand up for what is right, and never accept consensus for consensus’ sake,” Craft said in her address to explain the US rejection.

“”As a firm believer in the United Nations, the United States is, and has always been, the largest and most reliable partner of the United Nations. That includes providing 25 percent of all peacekeeping expenditures, and more than $9 billion a year in support of humanitarian operations.

“That commitment will not change as a result of my vote. The US is determined to properly implement the budget, ensuring efficiency, cost effectiveness and more rationalization.

“I just know that we all can do better. Members of this body have ascribed to its founding principles, and too many – far too many – actively undermine those principles in this hall and across the UN system.

“Human rights abusers are rewarded with protection in the General Assembly and seats on the Human Rights Council. Authoritarian regimes enjoy a cozy embrace and the sort of back-slapping hypocrisy that should sicken us all.

“We need a UN that fulfills its founding purpose of marinating peace and security, the promotion of global cooperation, and the advancement of human rights.

“Just as the United States played a pivotal role in establishing the UN 75 years ago, its charter and Declaration of Human Rights, we will work hand in hand to put human dignity and decency at the center of our action.

This flawed budget makes it glaringly obvious that membership of this institution has ceased to require a moral center, and the United States will not let this pass without registering this uncomfortable truth.

“I am reminded of a quote from legendary human rights proponent and Holocaust survivor Congressman Tom Lantos, who was a member of the US delegation to the original Durban conference, and remarked that it “…provided the world with a glimpse into the ‘abyss’ of international hate, discrimination, and indeed, racism.

“Twenty years on, there remains nothing about the Durban Declaration to celebrate or to endorse. It is poisoned by anti-Semitism and anti-Israel bias. It encourages restrictions on the freedom of expression. It exists to divide and discriminate and runs contrary to the laudable goal of combating racism and racial discrimination.”

She pointed to the difference between the UN’s failed old approaches and the success the US has seen in making peace between Israel and its Arab neighbors this year.

“I shouldn’t have to point out the irony here. While this body is eagerly endorsing two decades of dishonesty and division, the Trump administration is bringing nations together and bridging age-old divides between people through the Abraham Accords,” she said.

“Having just recently returned from Israel, I can attest that the Abraham Accords offer a real path toward reversing the tide of conflict and misunderstanding. In this instance, as in others, the world is moving forward while the UN is stuck in the past.

“Let me underscore that today’s vote is indeed to reinforce the US commitment to a United Nations that functions effectively and in line with its founding principles. Anyone that would suggest otherwise is comfortable with a status quo that undermines the very purpose of this institution.

As did Craft, Israel’s Ambassador to the UN, Gilad Erdan also slammed the UN’s decision to fund – again – the Durban conference, pointing out that hoped-for high moral goals were overtaken by those with low moral character.

“Twenty years ago, the Durban conference convened with the worthy goal of combating racism. But, like many UN initiatives, it was promptly highjacked by organization and member states interested in attacking Israel and delegitimizing its right to exist. They are not interested in human rights,” Erdan said.

“Today we must all speak out against commemorating the disgrace that was the Durban Conference. Israel opposes any measure aimed at allocating a budget for this purpose,” Erdan said.

“We all know that such funds will not be used to support human rights but to spread even more antisemitism and hate towards Israel.” 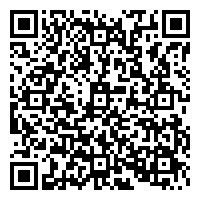