Cellular phones began ringing ominously at Congregation Shaar Hashalom in Houston on Sunday afternoon as the bad news quickly spread among a group gathered for a synagogue meeting.

As the meeting drew to a close, Rabbi Stuart Federow decided to announce what many in the crowd already knew: Former congregant Assaf Ramon, the 21-year-old son of Israeli astronaut Ilan Ramon, who perished in the ill-fated Columbia space shuttle, had been killed in a plane crash in Israel.

“It was like reliving six years ago,” Federow said, referring to the day in 2003 when the Columbia disintegrated upon its re-entry into the earth’s atmosphere. “Some people cried.”

An Israeli fighter pilot in training, Assaf Ramon died Sunday when the F-16 he was piloting crashed during a routine training flight in an uninhabited area of the Hebron Hills, south of Jerusalem. The Israel Defense Forces said it launched an investigation to determine the cause of the crash.

At the time of the Columbia disaster, the Ramons were well-known and beloved members of the Jewish community in Houston, where Ilan had been sent to undergo training for the space program.

Federow said the family was admired in the Texas city for its humility despite its “celebrity status,” and that its personal tragedy had touched the community as a whole.

In Israel, news of the tragedy that had struck the Ramon family a second time caused an outpouring of national grief. Thousands, including Israeli Prime Minister Benjamin Netanyahu and President Shimon Peres, attended Assaf Ramon’s funeral on Monday in the northern Israel town of Nahalal, where Assaf was interred beside his father’s grave.

“A nation is shocked and grief stricken,” Peres said. “The whole country is silent and tearful.”

Rabbi Zvi Konikov, who as the head of Chabad of the Space and Treasure Coasts Community Center near the Kennedy Space Center in Cape Canaveral got to know both father and son, said he was shocked by Assaf’s death.

“It’s very hard to gather my thoughts,” Konikov said Monday in a telephone interview from Israel, where he had flown to pay his respects to the Ramons. “It’s a great pity and my heart goes out to the family.”

Konikov said he became acquainted with Assaf when he helped the then-15-year-old, the oldest of Ilan Ramon’s four children, say Kaddish for his father after the Columbia disaster.

Though the Ramons moved back to Israel shortly afterward, Konikov saw Assaf last year when he visited Florida with his family to attend the liftoff of Jewish astronaut Garrett Reisman.

“He was just like his father,” said Konikov, who had met with Ilan Ramon a number of times prior to his fateful mission. “What touched me about them was that they both had a truthful, sincere touch.”

Along with his mother, Assaf is survived by two brothers, Iftach and Tal, and a sister, Noa.
(JTA)
Advertisement 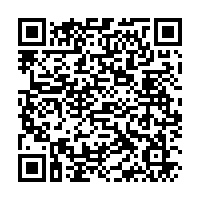