From the world of medicine Dr. Eli Schussheim has made a pivotal career change, moving to a field in which he saw tremendous potential to save lives. With almost no publicity and mainly through word of mouth, Dr. Schussheim succeeded in setting up an organization of 200 trained volunteers, operational across over 225 towns and cities across Israel. Since its establishment, a staggering 73,000 babies have been saved, all without any government assistance. Dr. Schussheim’s greatest satisfaction is seeing the new birth certificates that land on his desk on a daily basis.

It was a Friday evening around twenty-two years ago. The wife of Dr. Eli Schussheim, EFRAT’s president, was about to light Shabbos candles, when he received a phone call from an emotional volunteer. “I’m on the phone talking to a woman who is planning to terminate her pregnancy tomorrow, on Shabbat. She is convinced that there is something medically wrong with her baby and she is determined to go ahead with the termination. I don’t know what to do, Shabbat is coming and I have to light candles!” The volunteer sounded distraught.


Dr. Schussheim did not hesitate. He asked for the woman’s phone number and made immediate contact with her, understanding in a matter of moments that the medical problem she described was a cleft lip. Dr. Schussheim recalled ”I explained to the woman that I was a specialist and that this issue was mainly cosmetic in nature. It could certainly be treated. I asked her to come to see me on Sunday so that I could explain this more clearly and show her how the lip would look after a correction. However nothing I had said made any difference, the woman still fully intended to go through with the termination.”

Dr. Schussheim inserted an aside to explain that when a pregnancy is terminated in the later months, it is actually like a premature birth and is carried out in the labor ward. These late terminations are often scheduled on Saturdays when the wards tend to be less active. Dr. Schussheim continued, ”The conversation had lasted more than thirty minutes and the sun had nearly set, yet sadly my efforts had been unsuccessful. If I would end the call, there was no doubt that the woman would carry out the termination as planned. I therefore made the swift decision to continue talking to her, even though by this time Shabbos was in. I gently explained to her that nothing would happen if she pushed off the termination until after she could come to see me on Sunday.

”It’s important for your mental health if you read a little about cleft lip, so that you don’t regret your decision in the future.” I implored her.
”Three quarters of an hour later, the woman agreed to come to my clinic. It was only then that I felt able to finish our call. Indeed, she did turn up on Sunday. I was able to give her information, and show her pictures of repaired cleft lip. To my relief and joy, this mother-to-be chose not to go ahead with the termination.”

However the story does not end there. It has an astounding conclusion. Many years later, this same EFRAT volunteer was injured in a horrific road traffic accident. She lay on the road bleeding until a young MDA volunteer arrived on the scene and treated her, effectively saving her life. A few days later, this young man came to the hospital to check up on his patient’s recovery. The injured woman noticed that the young man had a scar on his upper lip and after giving her a few personal details about himself, his age and how he came to have this scar, it became clear to her that this young volunteer was that same baby with the cleft lip. He was the baby whose mother had chosen to keep her pregnancy because of this volunteer’s support. Now the EFRAT volunteer’s life had been saved by this young man. A true closing of a circle. 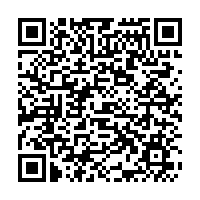